Weekend News: Looking at the 2016 NC Primary, Part One

Greetings this weekend, my trusted anti CCSS Warriors (To be more accurate since the ESSA{Every Student Succeeds Act} passed into law, maybe I should refer to you as the CCSS*/CTE*/CCR* Warriors? But no matter what label is slapped over the ‘CCSS’, peel them back and it is STILL Common Core!) *CCSS: Common Core State Standards/*CTE: Career Tech Education/*CCR: College and Career Readiness (a special ‘favorite’ phrase embedded in the ESSA)

Each of our states is gearing up for elections in 2016. Some of our states will have primaries, some won’t. My news this weekend is especially for my NC Warriors, as we have a race that so far, has been very kept in the corner. Well, you know me…it is time to shine the light on that corner!! Before we turn on the hypothetical flashlight, though, I want to encourage all the Warriors in other states. IF you are having election races soon, do you know all the candidates to consider? Do you even know if there is a race?

From what I have seen and heard here in NC, I had very scant information about one of THE most important races: The Superintendent of Public Instruction! Why?!  Considering the importance of this position and how many people are to be impacted, I would think MOUNTAINS of attention would already be ‘out there’. But as you see above, only one candidate has an embedded website.

While we are pondering this ‘buried’ race, consider this: I didn’t find it on my NC voter guide website (the most recent guide was dated 2015). So, I went to another one: total dud of a website. Then, when steered to another, it a became a ‘wild goose chase’ on another national voter site, where it finally becomes obvious you will not even see NC featured! EGADS, Warriors!!
I found it on a national election information website(see: http://www.uselections.com/nc/nc.htm)!!  I am getting the distinct feeling that something (could it be the CCSS Machine?!) is purposefully hiding this March 2016 Primary. However, before you think my tin foil hat is on a bit too tightly, let’s see IF there is, in fact, more information available about this race.

This edition of my Weekend News will be the FIRST in a two part report. There are 2 Democrats and 3 Republicans in this race. We start with the Democrats below.

Again, another wild goose chase. Geez, by the time a citizen unearths all the needed information, they may be so frustrated they will think it isn’t worth researching! (Maybe that is the CCSS Machine’s wish?!) I even tried the embedded link in the US Elections website featured above and it was inaccurate.

While it appears her campaign site is way out in the cyberspace world and I have a deadline to meet, I can share with you some of the news she has been featured in concerning this upcoming election.

1) According to the Raleigh CBS TV Station, WRAL (on 1/8/16),  Dr. Atkinson had several predictions for the state of NC in 2016 and this was among them. “I will be re-elected as State Superintendent of Public Instruction.”  You need to see her other predictions as they include assessments, Pre-K, and more. Access the information: http://www.wral.com/state-superintendent-shares-predictions-for-nc-public-schools-in-2016/15217644/
2) According to another website, Lillian’s List (a group supporting women who are creating  progressive changes in NC), Atkinson will have their full support. This will be along with several other key political positions, Lillian’s List will support. See: http://www.lillianslist.org/blog/2016-january-newsletter-new (To see the progressive women LL has helped place in office, see: http://www.lillianslist.org/candidates/elected)
See below for an upcoming ‘kick off’ event where Atkinson (among others (will be featured).

3) I FINALLY was able to uncover Dr. Atkinson’s website (after many hours). How? It was featured on her Twitter account! Her website has almost no information about anything in the future except the words “Help me continue the journey for the sake of children and NC’s prosperity.” (see her site: http://www.drjuneatkinson.com/)

While we on the subject, you can learn a lot more about Atkinson from her tweets (see: https://twitter.com/DrJuneAtkinson).
Such as what CCSS Machine rhetoric she is spinning in support of the ESSA (Every Student Succeeds Act), or her sharing about a Dec. 2015 Washington, D.C. meeting. It was called the ‘White House Convening of State Educational Leaders’. The only thing you will learn is she was there. That’s it.

How is this related? NC is fully entrenched in Future Ready Schools!! See: http://www.dpi.state.nc.us/docs/gradrequirements/resources/gradchecklists.pdf) To see a Future Ready School Summit Meeting (contains all the notes and information an anti CCSS Warrior needs to find new ‘ammo’ for the War  Against the Core), see: https://docs.google.com/document/d/1jrz91itHcJ4-veKPMSrfCLUXihl9GJwf0az-vwQDyMI/edit?pref=2&pli=1

**Before we move to the other candidate I wanted to explain WHY I went so far into detail with Atkinson’s ties. Whether you live in NC or not, her stance on education WILL impact you! As President of the CCSSO, her influence is felt everywhere in education! Besides, as the head over the entity which owns half the copyright to the CCS Standards, we don’t have to guess how supportive (or sold out to) of the Common Core she is!

According to the Winston-Salem(NC) Journal’s article about Pankey, his campaign is more grassroots in nature than the Atkinson’s. The article tells you some about his background before it launches into (at that point questionable) Atkinson’s tactics. Poor guy can’t even get a full article. See: http://www.journalnow.com/news/columnists/scott_sexton/sexton-henry-pankey-s-qualifications-for-n-c-superintendent-more/article_9923498c-e3d5-11e4-bdf1-6b7e3fe8731a.html

Below is  a picture of Pankey: 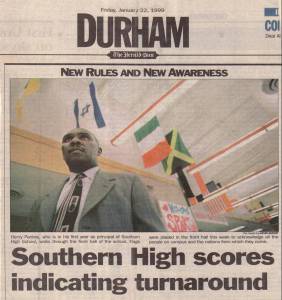 AEI (American Entertainment International)Speaker’s Bureau had this to share about Pankey, “Henry Pankey’s new book ‘How to Turn Around low Performing Schools’ will be his step by step detailed platform as he runs for North Carolina State Superintendent of Instruction. It includes common sense basics designed to turn around struggling schools and create “Schools of Excellence”. The successful outcomes have been vetted and certified by the North Carolina Department of Instruction, newspapers, news reports and magazines.”

Hold on, educational success worthy of an entire state has  been vetted by the media?! Where is the legislative vetting? The teachers’ vetting? Aren’t they much more credible that the media’s approval?! The biography goes on to share this: “Henry Pankey is best known as a school improvement mentor and highly effective tough love urban principal.”

With all the behavior interventions in place, as well as the huge additions the ESSA will usher into NC schools (as it will in every other stated) I question the school improvement tactics, the mentoring, and most especially the tough love. We Warriors have already seen enough awful evidence of the CCSS Machine’s mind altering moves in education, do we really need more?!
See what else the AEI website has to say: http://aeispeakers.com/speakerbio.php?SpeakerID=770

Over on www.henrypankeyjr.com, the list of praises for him is quite revealing when you consider the presence of  the CCSS Machine (ie: U.S. Ed leaders, public instruction groups, etc.) See: http://www.henryjpankey.com/testimonials

Related: “Schools of Excellence”, are not only in NC, the schools are in other states as well. See the 2014 (latest list I could find) of nation-wide Schools of Excellence:
http://www.magnet.edu/files/awards/school-of-excellence-list-2014-merit.pdf
It is important to point out here that exactly what qualifies a school to be tagged as one of excellence is a bit harder to define. Why? Well, you have the Merit reference in the above link, then there is the National PTA’s program, then the Blue Ribbon Schools program in the U.S. Dept. of Ed (which also is an excellence distinction awarded to ANY type of school meeting the parameters). I also found the Accrediting Commission of Career Schools and Colleges has a School of Excellence program, too! The CCSS Machine is tied to the National PTA, the U.S. Dept. of Ed, the Magnet/Merit, AND the Career Schools/Colleges entities! See: https://www.pta.org/excellence (PTA’s site);
http://www.accsc.org/Events/Professional-Development-Conference/Award-Winners/Schools-of-Excellence.aspx (Career Schools/College’s site); http://www2.ed.gov/programs/nclbbrs/index.html (the U.S. Dept. of Ed’s site)

Mentoring under the CCSS: The ASCD (Gates Foundation funded and very much a part of the CCSS Machine) features many resources for ‘tough love mentoring’ aligned to CCSS.
See: http://www.ascd.org/publications/educational-leadership/apr04/vol61/num07/-Mentoring-New-Leaders.aspx
Here is a document from CA where mentoring and CCSS are drilled down on people:
http://www.kappancommoncore.org/wp-content/uploads/2015/04/59pdk_96_6.pdf
The Center for American Progress has a Teacher Success guide for mentoring and CCSS:
https://cdn.americanprogress.org/wp-content/uploads/2015/04/CCTeacherVoiceFinal.pdf
The effect of Robert Marzano’s behavior interventions are already well in place not only in NC, but in the rest of the USA. Here is everything I have on his work: https://www.commoncorediva.com/?s=Marzano

Whether or not, Pankey would carry on what Atkinson has put into play for NC, will of course, be decided later, should he survive the Primary. However, I am raising concerns (with the above related resources)  to help emphasize that  there are serious questions the citizens need to ask BEFORE they vote!  If either of these is against more Common Core (aka: College/Career Readiness, NC Essential Standards, Career Tech Education, etc.) it certainly does NOT look like it.

In “Monday’s Musings” I will look into the 3 Republicans vying for the NC Superintendent of Public Instruction.