“Would You Believe It” Wednesday

Since ancient times there’s been a divide between those who believe in God and those who don’t. If you research deep enough and far enough back, you’ll discover that science was born out of a love for and reverence to the Creator. Enter the Renaissance, and suddenly, God and science are divided. Fast forward to today’s battle for education. With Common Core/STEM and all those other ‘initiatives’, The division is reaching epic levels of ‘would you believe it?’.. Just read some of the recent headlines! What’s absolutely unbelievable to me is this: while those saying we need diversity in lessons, we must embrace all cultures, etc., there’s no room, patience or inclination to include the Christians…or so it appears. For the record, while I am a member of the body of believers,  I do not believe we should discriminate in the name of being aligned to CCS/STEM or any of the other acronymic educational debacles.

***After reading my “From the Files” post yesterday, I had one follower ask me how CC and STEM were going to teach ‘intelligent design’. Here’s what I’ve found (SMH).***

Enter the NSTA: Short for “National Science Teachers Association”. As recent as 2013, the Association declared there should be little to no room for ‘creation theory’. This excerpt is directly from their main page of their website, ‘NSTA recognizes that a century of political controversy has prevented evolution from being emphasized in science curricula in a manner commensurate with its importance. This political controversy has been accompanied by anti-evolution policies, the intimidation of science teachers and textbook publishers, and the general public’s lack of understanding about evolutionary theory. Teachers face pressure not only to eliminate or de-emphasize the teaching of evolution, but to introduce scientific misinformation and non-science into science classrooms. This pressure comes from overt advocacy of nonscientific views, such as “creation science,” “intelligent design,” or other forms of creationism, as well as the implicit advancement of those nonscientific views to “teach the controversy” or present “strengths and weaknesses of evolution.” Twisting and abusing core pedagogical principles, such as critical thinking and scientific inquiry is another strategy designed to open science classroom doors to non-science.’  If you would like to read more, visit: (http://www.nsta.org/about/positions/evolution.aspx)

Enter the AAAS: Short for American Association for the Advancement of Science (http://www.aaas.org/about-aaas). This group is an international non profit one. According to their website, they help set policies. Here’s an excerpt from their resolution (2013): ‘Over the past several years proponents of so-called “intelligent design theory,” also known as ID, have challenged the accepted scientific theory of biological evolution. As part of this effort they have sought to introduce the teaching of “intelligent design theory” into the science curricula of the public schools. The movement presents “intelligent design theory” to the public as a theoretical innovation, supported by scientific evidence, that offers a more adequate explanation for the origin of the diversity of living organisms than the current scientifically accepted theory of evolution. In response to this effort, individual scientists and philosophers of science have provided substantive critiques of “intelligent design,” demonstrating significant conceptual flaws in its formulation, a lack of credible scientific evidence, and misrepresentations of scientific facts.’ Read the rest: (http://www.aaas.org/news/aaas-board-resolution-intelligent-design-theory)

Wait, I thought this was about Common Core?! Given the above statements, let’s look at how these stances have played out via the Common Core Standards.

From ASCD (a very, very, very pro CCS entity that is also global. Association for Supervision and Curriculum Development was their old name, they’ve updated & converted to an acronym) This Gates funded group trains, supports and supplies teachers with all kinds of tools for the classrooms. While they don’t say teaching religion is off limits, what they’ve laid out is very narrow. susan Daniels of  ASCD writes, “In its inclusion of religion in state and national standards, the United States serves as a positive model for the world. Putting this vision into practice, however, will require better teacher training and more thoughtful curriculum planning.” She then goes on to share the following:

“How then can schools teach about religion in ways that achieve the aims of the state and national standards? Guidelines developed by the First Amendment Center, the product of several decades of development and dissemination, prescribe a neutral tone that leaves choices about belief to the student and the family. Teaching about religion should neither promote nor denigrate the ideals of any faith.  Effective practice in teaching about religion, according to the guidelines, depends on presenting religious figures objectively and authentically in the context of the sacred narratives told through the ages. Students learn, for example, not only that Moses and Abraham were leaders, but also that people believe that God gave these leaders wisdom. They learn that Jesus’s followers called him Christ, and that to his followers Muhammad was not just an Arab merchant but a great prophet.” If you’d like to see the rest of the article: (http://www.ascd.org/publications/educational-leadership/oct02/vol60/num02/Teaching-About-Religion.aspx)

My Body, out of the Box

Directly from a Common Core aligned lesson plan for PBL (Project Based Learning) here’s how a youngster learns about their body. http://www.mysciencebox.org/traits (there will be several pages to click through).

Common Core Teachers & Science. Be sure to see this. Commoncoreteacher This will show you how the teachers are to be teaching in the classrooms. Related: STEM’s Education Coalition has an interesting policy statement (see: http://www.stemedcoalition.org/policies/)where they do not come out and make a declarative stance, but they do profess an ‘undying love’ type of support to Common Core, Next Generation Science as well. My guess, is STEM isn’t going to go out of its way on intelligent design either. 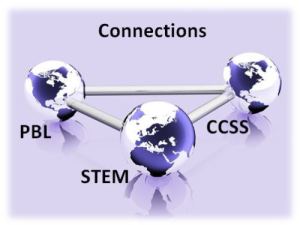 As long as there are people in the world who believe different things, there will be conflict. Through the lens of freedom, I would hope we could use education as a way to learn, to discover and to enjoy the world around us. Through the lens of Common Core, STEM, it appears education is being used as a way to adhere, to discriminate against those who are free thinkers in exchange for a prescribed way of not only thinking, but living. the world or all it has to offer us. Manipulation, simply put, ‘sucks’. One last item, I discovered this months ago and since it’s somewhat related, I’ll share it here. Common Core is so far outside the classroom in religious matters, check out this child’s devotional book available for sale on a popular Christian website. I’m sure there will be comments, questions to this particular post. I only ask we be respectful with our words. Thank you! See you tomorrow! 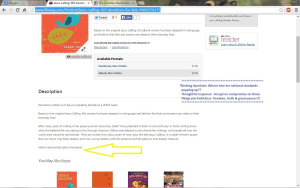