Monday Musings: What’s in a Name?

Recently, the Washington Post published an article about the U.S. States renaming ‘Common Core’ for their own purposes. (Here’s the link to the article: http://www.washingtonpost.com/local/education/common-core-20-common-core-by-another-name/2014/09/09/9d2ed458-3857-11e4-bdfb-de4104544a37_story.html) Now, while the article appears to give ‘just the facts’, my intent is to take a more ‘tongue in cheek’ approach to the states choices of ‘renaming’ the CCSS.

First up, why would you rename something, especially if it’s so great? Psychologists have varying reasons for why things are renamed. Here are just a few:   to express control; to show a striving for the good of a society; to escape association with someone or something; to deny or cover up; collateral damage repair. In the Bible, people were renamed to represent a new beginning. Since I’m from the Southern US, we have a name for this sort of thing no matter what the intent: ‘shuck & jive’. Let’s move on so you can see why I’d say that.

I’m almost certain, however, if each state were asked WHY they went with a new name for the same thing, different reasons would be given. I’m not sure if those in charge of those decisions think the citizens of each state are that gullible, won’t notice, or just don’t care about what’s going on in education. My guess is a lot more citizens care than those in charge bargained for!

To each of your states, I hope that works out well for you considering one of the people who helped write Common Core admitted the Standards WOULDN’T have you ready for a 4 year college! Read this: “Jason Zimba, one of the three main Common Core Math standards writers described “college readiness” by stating: “We have agreement to the extent that it’s a fuzzy definition, that the minimally college-ready student is a student who passed Algebra II.” The only math covered under the Common Core Standards, at the high school level, aside from a snippet on trigonometry, is material from Algebra I, Algebra II, and Geometry. Moreover, the Algebra II component does not describe a complete course. Zimba continues by saying, “In my original remarks, I didn’t make that point strongly enough or signal the agreement that we have on this- the definition of college readiness. I think it’s a fair critique that it’s a minimal definition of college readiness.”

Oh, yes, there’s also the GED Fair Test article that exposed how the entire phrase, ‘college/career ready’ is a fake! How? The CCSS machine has had us looking at the wrong data to support their agenda. (http://restoregedfairness.org/latest-news/31-career-and-college-ready-is-fake) All this coupled with the fact that there’s not really been any human being truly ready for what their future holds, I give this re-name the award for ‘this dog won’t hunt’ (for those not well versed in Southern meanings: it means ‘no good’).

Next, we have the AR, CA, CT, DE, D.C.,GA, HI, ID, IA, KY, LA, MI, NJ, NY, ND, OR, PA, RI, SC, SD, UT, VT, WA, and WI all chose to keep “Common Core” in the title for their states. For those who chose these titles, I’m simply shaking my head. For each of these ‘creative folks’, they are being awarded the K.I.S.S. award (for those unsure of what K.I.S.S. means, it stands for ‘keep it simple, stupid’). Status quo seems to work well for them in this case or maybe they missed the parts about CCSS breaking 3 federal laws and violating the 10th Amendment to the U.S. Constitution. If that’s the case, then the award for ‘most conformist’ seems to fit well.

The remaining states did ‘try’ to get a bit more creative in their choice of names for renaming the Core. For each of them, they receive the ‘something from nothing’ award.

FL went with “Next Generation Sunshine Standards” (I guess they believe inserting sunshine in places not usually gifted with light would benefit the most); ME & MO went with ” Learning Results” (this sounds more like an open sentence, I guess we’ll need to stay turned for the report of what, in actuality each state did learn); MA, their chosen re-name is about as lengthy as their state’s name when not abbreviated. Good grief, “Massachusetts Curriculum Framework for English Language Arts and Literacy; Mathematics”; MN uses ‘K-12 Academic’ and then further qualifies it with “using CCSS for ELA only (since it’s been researched and documented that CCSS is in post secondary schools, I won’t ask what those schools use for standards); CO, IA, MT, NV, NC, OH, TN,WV, WY each used a variation of the same theme: dull, boring, average with the choice of ‘standard, perform’, etc. inserted. Somehow, I do not believe those in charge were really thinking about imagery much. Who wants to grow up and become ‘standard, common, performance’?

I will point out that, while I cannot speak for each state, here in NC, I do know, depending on which website you visit, you’ll find some other title for CCSS than the “Standard Course of Study” mentioned in the original article above. From the Dept. of Public Instruction’s page: http://www.ncpublicschools.org/acre/standards/new-standards/, Common Core is called “NC Essential Standards”. However, look to the left hand menu where this title comes up and you’ll see “Common Core State and NC Essential Standards” (we won’t even mention the website address has yet another name, ‘new standards’) But wait…there’s yet ANOTHER name in NC for ‘Common Core’!!

“Hire Standards” is what the NC Chamber of Commerce markets in an effort to throw you off the track that it’s CCSS with a new name! Think I’m making this up? See this statement: http://ncchamber.net/take-action-legislation-reduces-standards-ncs-future-workforce/

Excerpt: “….repeal the Common Core State Standards as of July 1, 2014, putting us back at standards that are not acceptable for North Carolina’s competitive position…… North Carolina must remain committed to high levels of learning that prepare each student with critical thinking and problem solving skills for the workplaces of tomorrow. Learn more about the importance of HIRE learning standards at hirestandardsnc.org.”

Here’s a ‘litmus test’, click on the ‘Hire Standards’ link, then you’ll see a page about college/career readiness. Look at the top and click on ‘NC Standards’, then one more click where you see read the ‘Math/English standards’.. My point, in only 3 clicks of a mouse you are taken from ‘Hire’ right back to ‘Common Core’!! For a state known for its pig production, that’s a lot of ‘silk purse, sow’s ear‘ approach for one purpose: throwing, you, the citizen a bogus line about education. 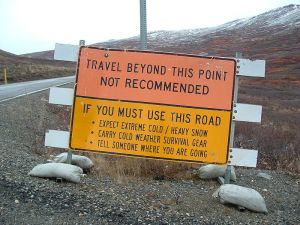 So, in closing for today, what ‘slick Willy’ moves has your state made when it comes to the levels of disguising Common Core? Learn them all, then help others learn them as well! You just may save someone from crimes against education.