RTM: What Would You Do?

I have no clue what drew you into the battle against Common Core. If you’ve not heard my story of what drew me in, it was what I read about the push for nationalizing education and the injustice therein that got me started.  You, your friends,  my friends and myself got involved for a myriad of reasons. How we became involved, while important, can help us remember to keep the focus on ridding our students of the ‘epic fail’ Common Core Standards and what I call the Common Core Machine (all the arms, legs, programs, initiatives that are embedded)

So, What Would You Do?

In my early days of fighting for what was truth and justice on another topic in education, a wise friend once asked me this, “I know why you are opposing the ____________, but what if you were in charge? What is your solution?” So, let’s pose the question in the context of CCSS. What would I do to solve the problematic CCSS? Well, let me see, first I’d have to ask myself some of the following questions.

Would I ban it? Would I have it  legalized so the US Constitution is honored and the federal laws not broken? Would I make the public private partners who created this failed set of standards and all that accompanies it to take it back and leave education alone? Would I fire the lawmakers involved? Would I send those responsible for ruining our students education to jail?

Now, why would I put myself though all this thinking? Because a true warrior knows sometimes the fight is against a principle or a set of them. Sometimes the fight is against people. A CCSS warrior is going to need to be strong enough to not only separate the battles at present, but to know what they are fighting at the moment: the injustice, the wrong that has been committed OR the person or people supporting the injustice! Sometimes I have to separate the issue from the people in order to not loose perspective.

I bring this up because while some of us have been fighting CCSS so long, we have been and still can be tempted to lump injustice and people together, thereby creating much anger, even hatred for fellow humans. Will hating a fellow human, regardless of how much we agree or disagree really solve the problem? I don’t think so. In fact, I think it will only make the problems worse. Don’t get me wrong, those responsible for giving us CCSS,and keeping it alive, certainly are not folks I want to get to know. I will not agree with them on anything about CCSS. However, for myself and for my family, I try to steer as far away from name calling, bullying, gossiping, and belittling as possible. It will not help my warrior skills improve, it will only make me look small, and weak. It is truly sad when no matter how honorable a warrior you are in fighting CCSS, those supporting it OR those undecided, treat you with cruelty.

I’ve seen pro CCSS folks tease people with ‘what’s your solution to education’ OR ‘you’re against education’ (the ever classy ‘you’re against the Core, so you must be against standards’) complete with a snide voice and a condescending look . Notice, however, when this begins. It is, 9 times out of 10, mentioned when too much focus has been on the poor quality of the CCSS Machine’s standards, curricula, rhetoric, or other connected. The attempt at teasing is a side step, to avoid the truth. IF we are to have a serious chat with our opponents, we need to leave the playground mentality out of it.

Remember, if there’s to be true discussions about repairing the damages of CCSS on our students, we’re going to need to be respectful. We can’t be respectful with much success if we’re too tied up in anger or hatred.

So, what would you propose, seriously, in education?

I know if I were in charge, outcome based education would be burned at the stake. Right along with all the buzzwords, catchy phrases. I’d take all the digital technology and its overreaching into privacy and revamp them so that no one’s information would be compromised. I would defund every single business that has made money off the hard earned income of our families and have them, not only pay the families back, but pay for any therapy needed for those students who are harming themselves just to avoid school. I would employ my fellow warriors to help me start at the top and clean house from Washington on down. Anyone who has disrespected the citizens of this country as to think we’d be led like lambs to the slaughter doesn’t deserve to represent us. THEN, after all that, I’d sit down with those who are truly willing to serve our students with quality education, and we’d start with 3 goals in mind, keep learning alive; keep teaching simple (after all it’s a pretty old profession, too), and enjoy the journey. Yes, by all means we should carry on..but we should always do it with grandeur. 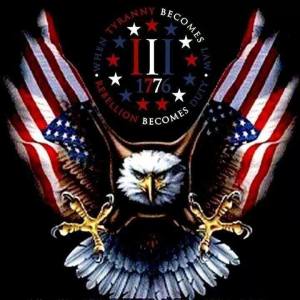 IF you have any suggestions as to how you’d want to repair the damage we’ve experienced in our homes, in our schools, and in our country, PLEASE, leave a comment.