Learning from Our Neighbors? 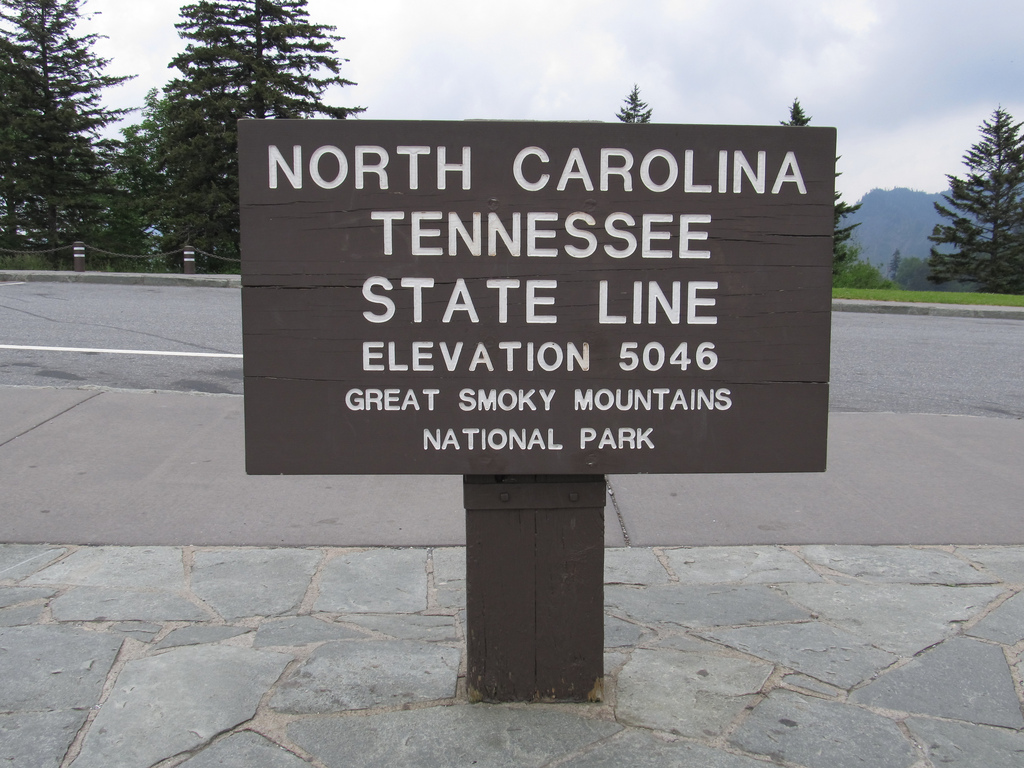 For this edition of my From the Files Tuesday, I want to begin by posing the question you see above in the caption. With the passage of the ESSA (Every Student Succeeds Act) it is important we consider it. Why? Let’s see what we can learn from the relationship between the State I live in (NC) and our neighbor to the West, Tennessee.

Here in NC, our Primary Election was March 15, 2016. Just before it, I received a glossy, colorful flyer for an organization titled, Our Schools First (OS1).
(see their website: http://www.ourschoolsfirst.com/ ) The flyer instantly got my internal radar up because it stated which candidates running were ‘pro education’.
Now, as an anti CCSS Warrior and researcher, I know that just because  candidates are supportive of education, it needs to be revealed exactly HOW they are supportive. As we have learned together in this War Against the Core, many members of the CCSS Machine are also ‘pro education’, but it is an aligned and agenda filled education. None of this type of information was given on the flyer.

So what did I find on the OS1 website? Why wait until now to share this? Two reasons. First, life has been a whirlwind. Second, had I shared the news then, I wouldn’t have had the entire story, or what appears to be the entire story.

From the OS1 website, I found this is the group which really pushed for a local school bond package back in 2014. (*Note: The bond was to support massive school building changes in 7 of the county’s schools. Knowing from research that bonds are deferred loans future generations usually have to pay off; that the school buildings changes are part of the purposed redesigning of our schools to align to the overall education reform, I didn’t support the bond. It passed anyway. As usual, the bond has proven to be not enough for the changes we were told.) The OS1 website is not very transparent on lots of information, they do ask you for your money and tell you whom you should support, however.

All this said, I did find one useful resource: the call to halt an upcoming bill currently in the NC General Assembly. The bill will basically close any failing school here in NC, take it over, and restructure it as a charter school. The worst part? The bill is written to model the failure of this very thing in TN! Click on  the screen shot below for what the group shared:

This is what the ‘pro education’ group shared, however, it also links its information (the blue highlighted phrase ‘considering a bill’) to a very left leaning policy watch group here in NC. When you access their website, you see another story about the fiscal responsibility aspect of closing schools and restructuring them. (Article link is below)

True, we need to consider this, but it is WHOM they asked that sets off yet another anti CCSS Warrior red flag. Rep. Craig Horn! If you don’t know who he is, let me briefly state that he is 100% in favor of the CCSS Machine’s takeover in education. He is also the chairman of the NC House of Representatives Education Appropriations Committee! While Rep. Horn thinks the bill will not pass, the Representative who has introduced the bill, Rep. Rob Bryan, is said to be a huge supporter of the change in education. (see:
http://pulse.ncpolicywatch.org/2016/03/30/house-leader-questions-fiscal-feasibility-of-achievement-school-districts-in-north-carolina/)

What IS the Change NC Wants that TN Flubbed Up?

Simply put, it is known as ASD (Achievement School Districts). Currently, NC has a Select House Committee on ASDs. Who chairs it? Rep. Bryan. Other Representatives include Rep. Horn and 10 others. Fighting the War Against the Core in NC, I can tell you almost everyone of these Representatives are in favor of the CCSS Machine’s education reform.
To see the entire Committee member list,
http://www.ncleg.net/gascripts/Committees/Committees.asp?sAction=ViewCommittee&sActionDetails=House%20Select_174

To see the ASD Committee Actions (which include the Race to the Top 2013-14 School and District Transformation Report, 2013-14 RttT 118 Data Longitudinal-RB 6-30-15 )
http://www.ncleg.net/gascripts/DocumentSites/browseDocSite.asp?nID=302

Nashville Public Radio featured the entire disaster:
http://nashvillepublicradio.org/post/researchers-deem-tennessee-s-achievement-school-district-ineffective-so-far#stream/0
In their article, they reveal one fact we should know: ASDs were part of the Race to the Top!

The research on TN’s ASDs includes “A number of states and districts have adopted bold strategies for turning around low performing schools. Some of these initiatives have been modeled after Louisiana’s Recovery School District (RSD), which, in some cases, took over and directly ran failing schools or, in other cases, turned these schools over to charter management organizations (CMOs). Inspired by Louisiana’s example and the potential of Race to the Top (RTTT) funding, Tennessee passed legislation called First to the Top in January 2010 which created the Achievement School District (ASD). With this legislation in hand, the state applied for RTTT funding, and, in March of that year, Tennessee was awarded $500 million to carry out the proposed initiatives including the ASD.” To read the entire 10 page research report: ASD_Impact_Policy_Brief_Final_12.8.15
(*Note: Vanderbilt University was granted money from the part of the TN’s RttT funds,  U.S. Dept. of Education, and the Walton (WalMart) Family Foundation to conduct this research.)

To learn more about the TN ASDs, see their website:
http://achievementschooldistrict.org/about/
To see the “Why I Choose to Achieve” promotion video:
[vimeo 77821013 w=640 h=360]

The big question is why is NC going down this path when TN showed the system is a disaster? A couple of obvious answers: 1) RttT Funded States have turning around the lowest performing schools as one of their strings. 2) To embed the ESSA (Every Student Succeeds Act) mandates and plans of turning around schools and creating more charter schools.

Related Resources:
Rep. Horn’s activities to support the Jeb Bush run Foundation for Excellence in Education:
https://www.commoncorediva.com/2015/10/25/weekend-news-ccss-rumors-abound-at-least-in-nc/ (*Note: Rep. Blackwell was also featured in this article as an attendee. Blackwell is also on the House ASD Committee.)
NC area schools set to close and be consolidated:
http://www.wsoctv.com/news/local/parents-to-rally-over-closures-in-rowan-salisbury-school-system/216982593