Rotten Inside and Out 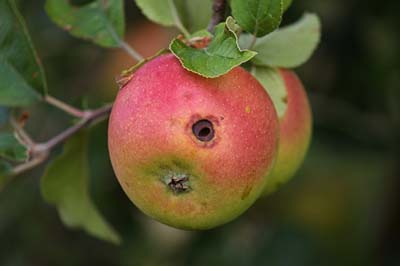 Today we continue our review of S3398, “The EARN It Act” and how this bill is allegedly about catching sexual predators of our children.  Are we seeing another bill yet again that is Rotten Inside and Out while giving us the impression that they “care” about the wellbeing of our children? 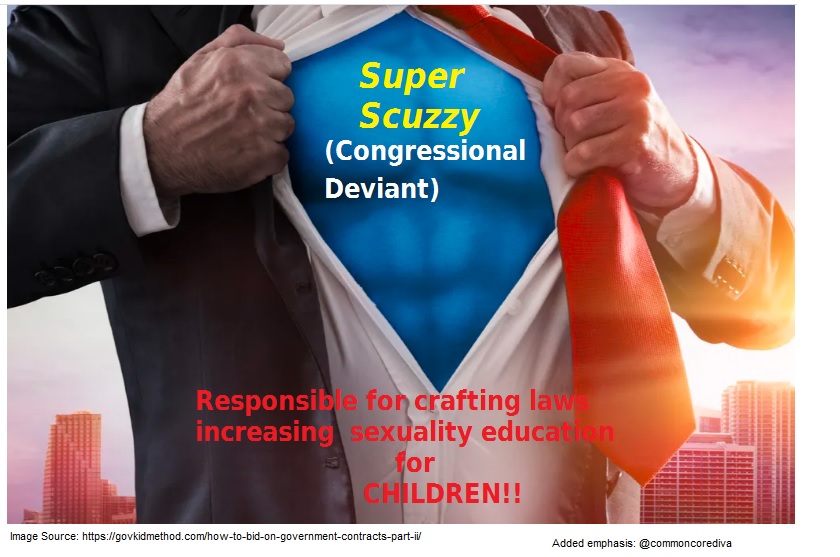 Anti Fed Ed Warriors, just about a month ago, I wrote about S3398, The EARN It Act. The Bill is supposedly all about catching sexual predators of our children. Now, do NOT misunderstand me, if that is where this Bill began and ended, I would be supportive. HOWEVER, like we’ve seen so many times in Congress, lots more have been embedded in this Bill which overreaches into family/student privacy. S3398 also doesn’t properly address the CCSS Machine’s overload of CSE, Comprehensive Sexuality Education being ‘taught’ to our young children, well before they even understand their bodies.

The highlighted link above, not only takes you to the article but the broadcast from Sons of Liberty during our weekly Rotten to the Core Wednesdays. My host is also gracious enough to include all the links and images I include so YOU can do your own homework and decide how much of a Warrior Parent/Taxpayer you will be.

From the Congresses’ Educatratic “Sense” article I wrote, look below at the image and see what other types of S3398 will raise for our families:

So, what updates are there concerning S3398?

1) The NCOSE (National Center on Sexual Exploitation) worked with other groups to help create a stronger version of S3398. This move allowed the Bill to advance to the Senate floor. This took place July 2, 2020. 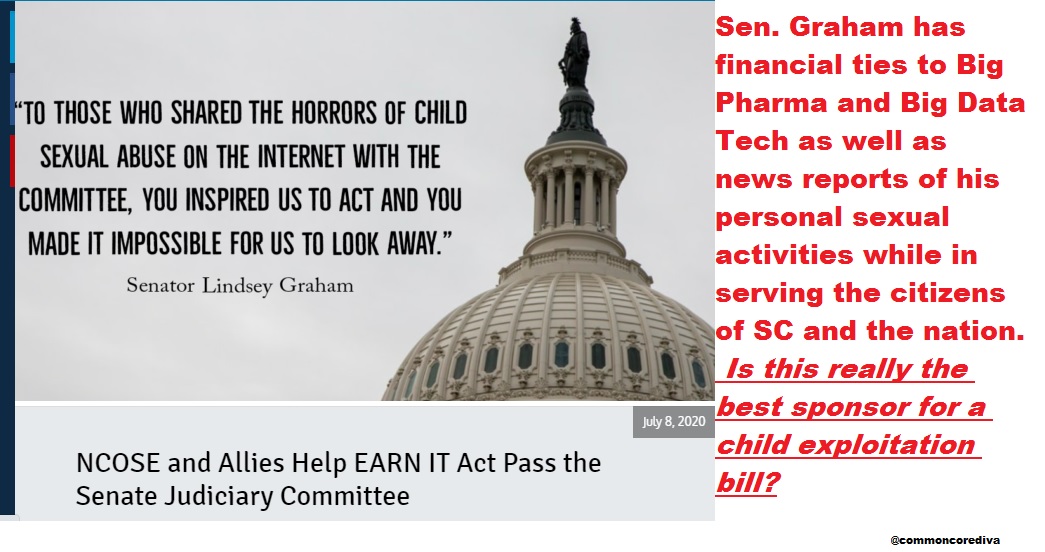 2) According to the NCOSE, S3398 was made stronger while in the Judiciary Committee. From the Senate Judiciary Committee’s press release, Congress will incentivize Big Tech/Big Data to NOT have CSAM (Child Sexual Abuse Material) available on their platforms. It also removes blanket immunity.
(*Note: Sen. Graham is the chair of the Senate Judiciary Committee. As far as the “Allies” seen in the image above, they are: Rights4Girls and the National Center for Missing & Exploited Children (NCMEC). No mention of the Child Protection League (fights CSE in K-12 schools) was made by the NCOSE or the Judiciary Committee. There was also no mention of the Reisman Institute/Child Protection Institute, where Dr. Judith Reisman heads up her watchdog exposure of modern-day child pornography which is all a result of Dr. Alfred Kinsey’s twisted experiments. Much of Kinsey’s ‘sexuality’ research is found in Sex Ed for Social Change (formerly SEICUS). Lastly, the Stop CSE organization was also not mentioned in the Judiciary information.

Also worth mentioning, many of the Committee members voted to pass ESSA, Every Student Succeeds Act. ESSA embedded ways for Comprehensive Sexuality Education, CSE to easily be inserted into K-12 education, libraries, community after school programs, and, elsewhere.)

(In the image you see here, the NCOSE’s IRS 990 form expressed their purpose and ability to educate the general public on sexual exploitation. My added emphasis points out that the exploitative resources on their Dirty Dozen list is very selective when it comes to K-12 education materials available to EVERY school choice out there.)

Back in 2014, my fellow Warrior, Bradlee Dean, on his Sons of Liberty Media site, published an article about the perverse child trafficking and pedophilia going on in DC. The video in the article is no longer available, but I did find the 56-minute documentary which has since been banned. **Warning: graphic descriptions of pedophilia**

(*Note: mentioned in the documentary was Boys Town, USA (in Nebraska). Back in 2016, I exposed how Boys Town USA had ties to the CCSS Machine via grants from the NIH (National Institutes of Health). The grants were for biomedical research. What we now call SEL, social-emotional learning, as a result of that ‘research’.  Warriors, SEL is key in CSE! It reshapes values, beliefs, and, attitudes. CSE seeks to shift attitudes about sexuality as young as 3 years old!)

Warriors, I don’t think S 3398 is TOUGH enough, do you? Giving the NCOSE is a lobbying group that HAS made a bit of progress, I believe, as taxpayers we can do more. We need to DEMAND our tax dollars do NOT fund CSE, which IS child pornography. WE SEE THIS, but WILL D.C.? Not if we don’t speak up NOW! The banned video told that the trail of sexuality abuse and child trafficking in D.C. wouldn’t go away..and it hasn’t! It still exists TODAY in 2020!

What about the fact that the U.S. Dept. of Education AND the U.S. Dept. of Health/Human Services fund some of the very offensive CSE resources NOT on the Dirty Dozen list? Where did the federal government GET that RIGHT to overreach in education?!

Given the fact that Sen. Graham has been recorded in some compromising situations, will S 3398 include high ranking officials like himself?! Don’t forget Congress wants to pay the ‘child sexual abuse material providers’ off! Why not charge them as the criminals they are?!  Lastly, consider this: IF D.C. is made into the 51st State the standing D.C. laws as a District, for child abuse, will have to be changed.  How will this water down/beef up protecting children, especially in schools? Remember, D.C. uses vouchers, which mean government assigned resources.