Welcome to Part Two of my series devoted to those running for elections, especially the school board positions across America. Like this Weekend’s article, it is lengthy, but you MUST know this information! Your schools depend on it.

Running for school board jobs ARE so much MORE important than they get credit for. In case you didn’t get the Part One of this series, here is the link: https://www.commoncorediva.com/2016/01/23/the-school-board-special-part-one/ (*Note: In Part One, I have provided both the links to the ESSA Final Conference Report as well as the Final Law Version, as a candidate, you need both!)

Of all the grade groups Common Core Standards have impacted, the K-12th group has been the most talked about, the most publicized. If you have followed my blog long enough OR heard any of my speeches, chats, or interviews, you know that I have purposed to expose the CCSS Machine in all the other areas and educational choices. However, I have plenty to share with you concerning the K-12th grade group, too. For example, if you are seeking office, did you know there was an initiative which set CCSS into motion? (and which the ESSA will continue?!) For starters, see the picture below of the track  Pre-K-12th graders are experiencing thanks to Common Core State Standards Initiative!

What do I mean by the CCSS Initiative? Simply put it refers to the entire scope of not only the CCS Standards, but the agenda which accompanies it; the resources (including curriculum and assessments); and ANYTHING else connected to the Common Core.

As a candidate, you need to know that there is a real CCSSI, not just a set of educational Standards known simply as Common Core State Standards. If you would like to learn all you can about the CCSSI, please see Donna Gardner’s credible work. She was there in the U.S. Dept. of Education years ago, and has been witness to the CCSS Machine’s roots.
See: (Part One) http://cityonahill.squarespace.com/city-on-a-hill-blogs/2010/8/28/common-core-standards-parents-need-to-ask-why-is-there-no-de.html
Part Two: http://cityonahill.squarespace.com/city-on-a-hill-blogs/2010/9/4/nationalizing-or-federalizing-education-ccsi-the-inside-stor.html
(*Note: Part Three’s link was broken, as of this writing)

As many anti CCSS Warriors have stated since the ESSA’s passage, we have been lied to about this! As a candidate of any race where education will be impacted, this is probably the single MOST important information you can glean from this series!! Do not simply take the mass media or Congress’s word for it, we ARE NOT free from the Common Core State Standards Initiative!

The only references I have found to the CCSSI (Common Core State Standards Initiative) in the ESSA Final Conference Report (that over 1,000 page bill no one in Congress appears to have bothered to read) were located on page 130 (pertaining to standards and assessments), page 825 (pertaining to educational waivers), page 843 (pertaining to financial support from the federal government and how its officials/representatives are limited), page 859 (‘‘(a) IN GENERAL.—Nothing in this Act shall be construed to prohibit a State from withdrawing from the Common Core State Standards or from otherwise revising their standards.”)

Now, if you only stop there, as both the U.S. Congress and the mass media did, you can say this language means exactly what it says, that the States were no longer tied to the Common Core!

Candidates, think of it this way, “Whatever happens in Las Vegas stays in Las Vegas.” Educational federal law plays the same game, whatever started in the ESEA was carried over each time to some degree or another until the ESSA. ESSA, however, makes the previous versions look like a powder puff.

Before we ‘dig in’ to the ESSA (Every Student Succeeds Act of 2015) to learn how it will continue the Initiative behind Common Core:
1) Know that the ESEA (Elementary and Secondary Education Act of 1965) got replaced with ESSA (Every Student Succeeds Act) in between these two? NCLB (No Child Left Behind) followed by the RttT Initiative (Race to the Top).
2) Know that STEM (Science, Technology, Engineering, and Math), STEM to STEAM (same as STEM with the Arts added in), WIOA (Workforce Innovation and Opportunity Act of 2014), CTE (Career Tech Education), CP (Career Pathways) are also woven into the ESSA Law. (*Note: If you did not know that STEM is part of the Presidential agenda for education, I urge you to read one of my very first blog articles where the Report detailing HOW STEM was the among the ultimate goals of aligning America via the CCSS! See:
https://www.commoncorediva.com/2014/09/02/from-the-files-pcast-stem-and-common-core/) 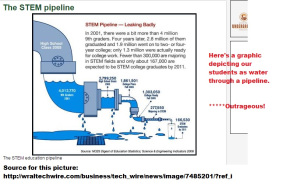 Why you, as a candidate, need to know this? STEM is a huge selling point among the States for not only education, but for a workforce. STEM is also woven into the WIOA of 2014!

As a candidate, knowing which alphabet soup acronym stands for which one is important.

One more game D.C. has played with us about all this? The ESSA’s Final Conference Report has been reduced to a mere 391 page law! You will find all of the same points from the Report embedded in the Law, just not as wordy. We need the entire context so we can know how we are being duped into the lie that CCSS will no longer be a player in American Education! You can access both documents in Part One of this series.

From the ESSA Language Itself:

One thing you can count on is this, the shift in name from Common Core State Standards to College and Career Readiness as well as Challenging State Academic Standards, is about the only shifting there will be, as far as names.

You have to look harder at the Law. As evidence look on Pages 5 & 6. Here the tricky language begins. It’s context is about what programs will continue to receive multi-year funding and which won’t

(As a candidate, you need to know which programs in your school districts receive multi year funding and were provided for under the old ESEA (Elementary and Secondary Act of 1965), NCLB, RttT, you need to read this passage so you can understand how the ESSA will continue select programs.)

Why this is important: it is to cover the TRANSITION from one law to another!

Pages which follow this excerpt lay out the dates for the transitioning to begin. As early as July 1, 2016, folks!

Other Pages and Sections, You as the Candidate MUST Research:

Section 6, embeds all of the old ESEA into the new Law.

Section 1002, gives a grand total of the federal money to be awarded among the 50 States for the next few fiscal years. You, as the candidate, need to see the amounts, as well as the strings attached (ie: assessments).

Section 1004 details all the ‘Direct Student Services’. As part of the ‘Services’, this is where you can see the WIOA and CTE begin to appear for elementary and secondary students.It is here you will see the AP(Advanced Placement) Courses and IB (International Baccalaureate) students encompassed.
How will this make a difference in your candidacy? The amount of funding your State receives and the hoops the LEAs (local education agencies) are to use the funding. Not only that, but jobs mean money for your States. The economic health of America has been a huge selling point from the U.S. Chamber of Commerce (courtesy of Bill Gates Foundation) and has been passed on to each State via the Chambers of Commerce. You will also see that in this Section, parents and higher education are also included in the alignment mix.

Section 4107 details for you what is meant by “Activities To Support a Well-Rounded Student”.  As a candidate, you need to know this is where the P3s (public private partnerships) will have an increased presence in the classroom, where communities are expected to align and help educate all students, and more! As part of the ‘Activities’, this is where you will see STEM really focused on.

Section 4108 details all the ‘Activities to Support Safe and Healthy Students’ your state must have (includes sex ed, behavior management, assessments, mental services, and so much more) As a candidate, read page 447 very carefully, as well as the immediate pages around it.

Section 4109 goes into all the digital and technology strings for education. This is a huge point of every school district and state budget. Read it, candidates!

Page 489 begins the 21st Century Community Learning Centers. As a candidate, you need to know this is going to totally transform not only your local schools, but your communities. This Initiative is a huge part of the CCSS Machine! It has roots in not only the White House, but a entity called the Partnership for 21st Century Skills. If you do not know about this, PLEASE contact me, I will be happy to provide the information you really need to know!

Page 905 states what the U.S. Dept. of Education’s Secretary will oversee in each of the 50 States concerning the homeless students.

Page 910 gives you the requirements each State must meet per the U.S. Dept. of Education Secretary for every grant and sub-grant the States receive.

Page 911 details the assurances States must provide the U.S. Dept. of Education Secretary with each year.

Page 919 introduces the phrase “Ed Flex Partnership State” and will be given to every State meeting the U.S. Dept. of Education Secretary’s conditions. As a candidate, you need to read what those parameters mean.I urge you to read from page 919 to 941 so you can see how private schools are included. Of special note to you will be page 937 where the general public is to be informed of any State educational application for waivers (means money for your State and local districts). Also, page 938 points to a bridge (if you will) between elementary and secondary education to post-secondary education via Perkins funding.

Candidates, is there more that will impact your K-12th graders? ABSOLUTELY! Will it be only the public schools hit by this? NO! Run your race with integrity, with truth, and with everything you can to kill the CCSSI!
Part Three will address the post-secondary alignment of education according to the CCSS Machine. 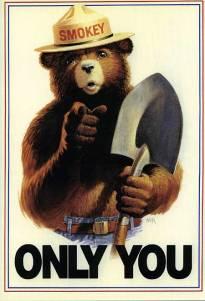