Special Edition News to Use!

It is a busy time of year for those of us opposed to the CCSS Machine, the federally led overreach into education via the ESSA (Every Student Succeeds Act), the high-stakes assessing, the teacher betrayal, as well as the school boards being hog-tied. Yet, we find ourselves watching Washington, D.C. plot, plan, and coerce MORE of the same! Are you ready to stand up yet?! I am!!

In this special edition  that will serve as not only my ‘Tech Thursday’ article, but my ‘Weekend News’ article, you can learn how you can stand with the millions fed up with the educational demise of America!!

Swinging the ‘Proverbial Bat’ at a Confirmation: 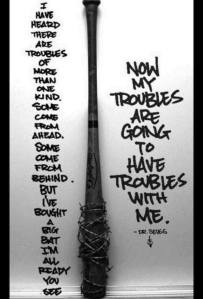 We Anti CCSS Warriors have plenty of educational troubles to swing this bat at..most urgently of note: Dr. John King’s confirmation as the next Secretary of Education (as in the U.S. Dept. of Education)!!

So, What CAN we do? Thankfully, due to a Tweet I saw by Sen. Alexander, we know that the 9th of March is Dr. King’s full Senate confirmation. Wait, what? Main stream media reported that Dr. King’s confirmation was a ‘done deal’! It isn’t accurate? Not according to what I was able to find out! Below is Sen. Alexander’s tweet.

To verify what this Tweet said (which contradicts the main stream media’s report that Dr. King is through with the process), I contacted one of my NC Senators in Washington, D.C.
After explaining the conflicts, I was directed to the staffer who has access to the Executive Calendar. He assured me that Dr. King MUST appear before the entire Senate before the confirmation process is totally complete. That date, has been set as March 9, 2016!!

Which means, Warriors, we can ‘blitz’ the U.S. Senators NOW!!! Somehow, I really don’t think Sen. Alexander will be happy about this, but I truly do NOT care!

A Rally to Show Dissent!

I am pleased and honored to share with you that a Twitter Rally has been set up for this Monday, March 7, 2016 to help us publicly express our dissent about Dr. King’s opportunity to ruin the education of an entire nation. (You would think the President of the U.S. would have selected a true education champion, not a chump who ruined the State of New York’s education.) The hosts? US PIE (United States Parents Involved in Education) and PJNET (Patriot Journalist Network).

This is a fabulous opportunity for we, the Anti CCSS Warriors, to ‘go for it’! Below is a list of details in how you can help us swing the bat against education tyranny!

1) Create your own memes, screen shots which illustrate why you KNOW Dr. King is a bad answer to the educational reform in America. There are at less 50 different memes/messages needed. Retweets of existing images are helpful, but we need to make the most of this opportunity to be as concise and forceful as possible.

2) Tweet it, along with a short message (75 characters or LESS) to #StopJohnKing
(*Note: the hash tagged name will NOT count as part of your 75 or less character count.)

3) You can Tweet your creations anytime between now and Monday.
However, Monday, March 7th, is the official Rally where we will be able to send randomly generated memes/messages to EVERY one of the U.S. Senate members! Rally time (to the best of my knowledge is set for 7 pm to 9 pm. If this is an error, I will be sure to update you.)

4) You can also include the hash tagged #PJNET or the @StopFedEd Twitter addresses as well, if you like.

5) If you do not have a Twitter account already, this is a great time to get one and use it as I do, as a tool to get truth out there.

Below are a couple of examples for appropriate illustrations/messages.

I will be posting more like these on the event hash tag event this weekend. I look forward to seeing what creative messages/memes you share. Teamwork, Warriors, is what helps us win the War Against the Core!

It is important to stress: Contact your Senators before Monday’s Rally! Don’t know how to find their contact information?  Use this link: http://www.senate.gov/senators/contact/
To learn how to get involved with US PIE, see: www.uspie.org
To help support PJNET: http://patriotjournalist.com/

Not sure what to say? Speak from the heart. Consider what sparked you to get involved in the War Against the Core! Think of the bat picture above, what would you most like to swing it at in the troubling education reform? Personally, I would swing it at the troubling fact this reform is non-Constiutional and illegally rooted. Then, I would swing it at the fact P3 (public private partnerships) involvement in education will increase via the ESSA (Every Student Succeeds Act). Then, I would keep swinging for my children, my fellow Warriors’ children, my fellow educators (of every choice in education), lastly I would swing the proverbial bat and have it land squarely in the cogs of the CCSS Machine! 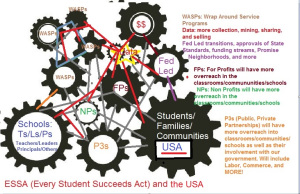