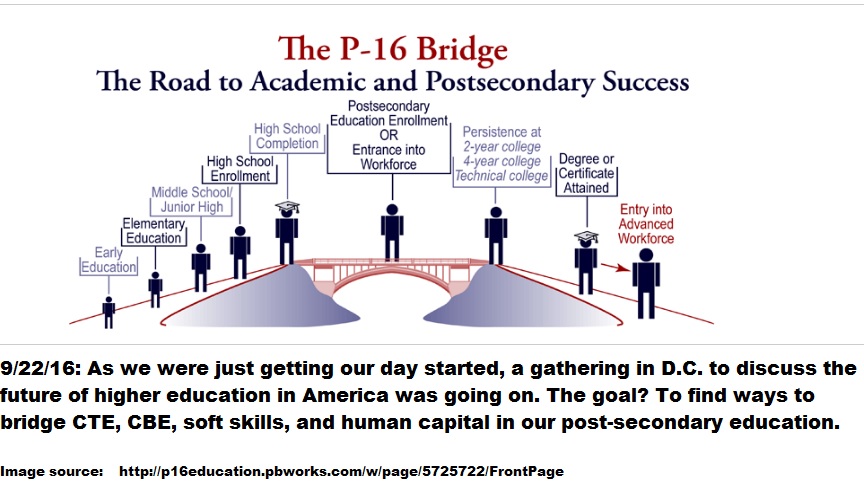 Greetings, Warriors Against the Core. We’ve got a new month and the same old problem. With just days before one of the most dividing Presidential races most of us have ever seen, we need to bear in mind that while all eyes appear to focus on D.C., what education B.S. chips are flying in your State or local races?

The featured picture you see above is NO pipe dream. It IS a PIPELINE, however. This comes from a State which THOUGHT they’d said “NO” to Common Core. While that may be true on some levels, the State said “YES” to the OTHER parts of Common Core. I know, old news. Warriors, as has been proven, ALL 50 States, our military outposts, and physical territories of the U.S. ARE ‘lock, stock, and barrel’ hooked into the CCSS Machine.

No election will change this. Not as long as ‘We the People’ allow it. To illustrate the seriousness, look below: 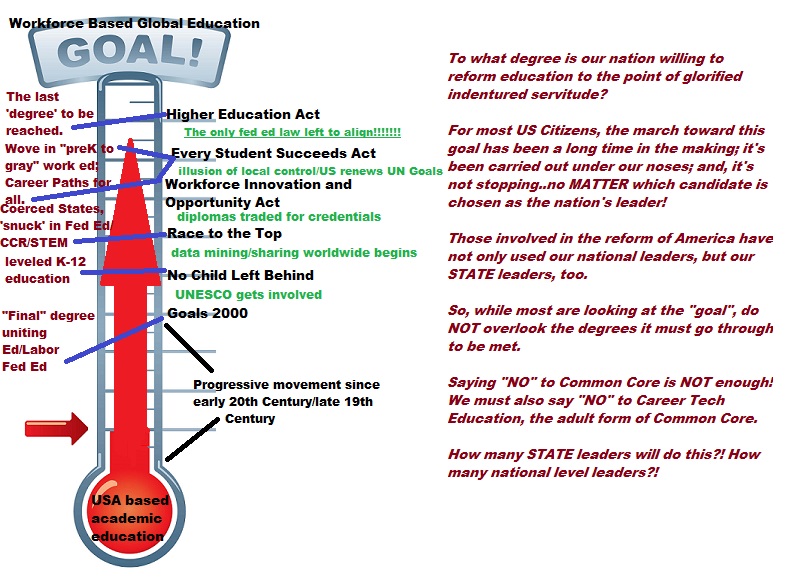 Is it enough simply to say “I Vote and I’m Against Common Core.”? NO! IF we simply stop there we are no more a child’s champion than those seeking office and who believe Common Core is dead, thanks to the Every Student Succeeds Act!

IF we simply assume a straight party ticket will solve the education demise, we are in for a rude awakening. The CCSS Machine is filled to the brim with ALL political parties: Independent, Unaffiliated, Green, Libertarian, Democrat, and, Republican.

In the past 3 weeks, I shared with you time and time again, how the U.S. House of Representatives is pushing extremely hard to not only further the CCSS Machine’s grasp on workforce based education, they are using a past speech from the Republican VP’s papers as the base for WHY they are willing to lock us into this system.

Sometime in the past 2 years I exposed how our current President also handed off the task of promoting CTE (Career Tech Education) as the ‘be-all-end-all’ for fixing not only education, BUT the job market AND the economy.

Think about this:
IF something were to happen to any President, their Vice President is to take charge. Are we really ready for a continued push for an education which doesn’t produce excellence but rather supports the globally educated ‘learn to earn’ citizen?

What about the State levels? Are they just as bad? I’m not sure about yours, but where I live, the short answer is “Yes”.

From the majority who serve within the State borders, to the majority who represent this place in DC. Ask them about Common Core and you’ll get an answer similar to “I do not support it.” Ask them about Digital Technology programs like 1:1 (One digital device for every one student), you’ll get a hearty “Yes”. Ask them about CTE, CP (Career Pathways), AAI (American Apprenticeship Initiative), JDGs (Job Development Grants), and so on {which are ALL part of the CCSS Machine’s workforce based education reform}; you’ll get a definite “Yes”. Those leaders who are in the minority? Often are discounted, discarded, marginalized, or buried by the CCSS Machine in some way.

How can we support leaders who spew from one side of their mouths, ‘No’ and “Yes” on the other side?! How can they receive our vote of confidence in good faith?

One anti Fed Ed Warrior has stated it something like this, “I’ve no trust for the government now, so why would I allow even more?”

Warriors, every single day that goes by and our students from early ed to higher ed are being indoctrinated right before our eyes, we lose.

So, Ask Yourselves, WWOFFD? (“What Would Our Founding Fathers Do?”):

b) refuse to conform to bad leadership, policy, or law ESPECIALLY when it violates the U.S. Constitution

c) revolt when needed (have we become so complacent as to think it’s not needed?)

d) remember that to be an American is an honor, thus voting, is a sacred responsibility

e) no matter who is elected, know that we are to display as much respect and courtesy as we would want to receive, if it were us in office

f) dispel the ‘something for free’ rumor in the nation

g) say what needs to be said and ‘damn the consequences’

My final thought on this topic is simply this….
To what degree does the thermometer need to reach for us to be our student’s/citizens’ champions?

Clearly none of the ‘stop-gap laws’ created to date will stop the UN inspired goal in sight. (refer to the picture above with the thermometer)

No knee jerk reaction is going to be effective enough IF it is not part of a carefully planned salvo of precise measurements to render the CCSS Machine null and void. Do we have it within ourselves to be these Warriors? I think we do.

We must pull deep within ourselves to summon OUR character and principles. We must think of ourselves as modern day Founders. Because, in essence WE ARE! 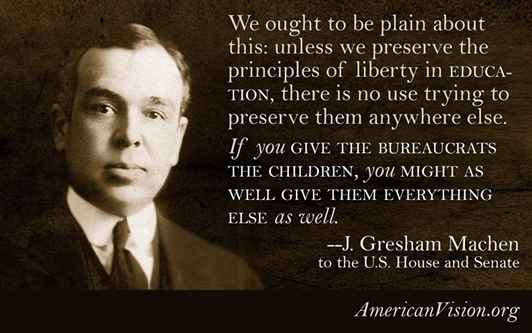