Anti CCSS Warriors, you’ve read the stories, culled the Congressional Reports. You know this ‘War Against Common Core’ is NOT over yet.  However, today, we’ll take a look at the 17 who stood strong in the Senate against not only their peers, but the CCSS Machine. I’d like to preface my article, I am NOT endorsing any political candidate publicly. My focus isn’t on the campaigns of any of the 17 Senators. Are these 17 tied to Common Core in any way? Let’s find out.
The Nay Sayers:

Actions We Should Take:

1) Continue to watch Congress for how voting goes.
2) Continue to interact with Congress where HR5, S1177, child care, preK, post-secondary are concerned. EVERY educational level and choice will be impacted by what happens in D.C. concerning the re-authorization of the ESEA.
3) Look, not only at the Congress members’ stances on education, but look at workforce, public-private partnerships, etc. Remember, economy and a trained workforce are 2 of the main CCSS agenda points. NO Congress member should support a CCSS/CTE aligned America. It’s unconstitutional! It’s unAmerican! It violates the oath each Congress member swore to uphold!
4) Thank these 17 Senators for standing with we, the anti CCSS Warriors! Remind them we are watching.
5) PJNET has a one stop tool to help you thank each Senator. See: http://patriotjournalist.com/CommonCoreAction.php?v=6 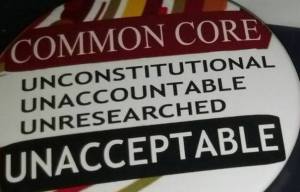