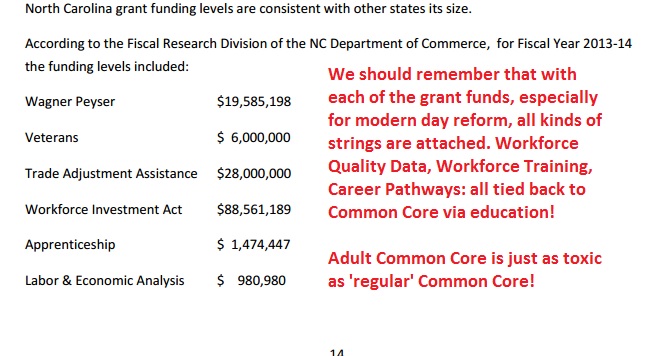 Anti Fed Ed Warriors, as we start a new month and await the results of the 2018 mid-term elections, I’ve got a few things to share.

I’m not sure about you, but I’m puzzled that no matter what I’ve been sharing, as far as anti global or fed-led education news, I’m being told it’s not that important, that it all needs to wait until AFTER the 6th of November. THEN, we can get back to fighting the overreaches in education. I’ve also been told that anti fed education overreach evidence I’ve found isn’t a big enough deal to actually come to fruition. 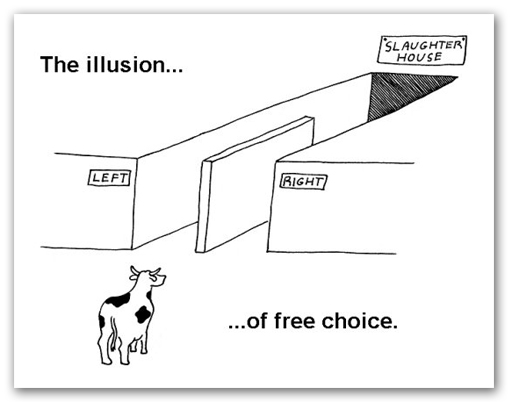 Really?! What if those folks we need to get information to could actually shift the votes if they have the facts NOW and not later? What about those candidates who might truly NOT know all the facts; the opportunity to inform them will either be non-existent, or, not long enough to make a difference. What about the danger in our assumption that Congress would actually STOP creating federally led education overreach?

My point is simply this: EVERYDAY is the BEST day to fight to save our students! We shouldn’t be the type of citizens who load all our eggs in one basket (mid-term elections) while the varmints nip at our baskets.  We do not have the luxury of time on our sides. Quite the opposite, we should be using every moment to continue to inform others! We’ve seen the CCSS Machine use this against us. We cannot be lulled into a false sense of security. We must be diligent, we must be prepared!!

Let’s face it, Warriors, the federal Congress will not have much time to conduct our business after the November 6th elections. I’m pretty sure your State legislators will be on a less-busy track, too. From what I found both the House and Senate will be in session from 11/13-16 and 11/27-30th. In December, both meet 12/4-7th and 10th-13th. Then, both are back beginning Jan. 3rd, 2019 with the 116th Session. (The US Senate plans to meet on 11/26 and 12/3-4, 14th) So, in that respect I can understand why some would want to slack off a bit in our War Vs the Core. However, WE cannot be those types of people who’d rather react than be ready.

We’ve not got the time to loose! While those seeking office are distracted, what are some of the things we should be looking forward to (as well as preparing for) in 2019?

Showing Us The Money:

First, if you missed it, all those federally led overreaches in the FY 2019 Appropriations Bills which were passed into law, will kick in. Don’t be surprised if you see more STEM federal legislation, either. (STEM is Science, Technology, Engineering, and Math) Why STEM? STEM is a tool of the United Nations and their Agenda 2030. As we get closer to 2030, expect way more STEM in America from federal and State levels.

Part of the federal educratic overreach will be coming at us from the U.S. Dept. of HHS (Health and Human Services). In fact the US HHS has 2019 Goals of their own. The main one? Expansion of government run health care. It very much intersects via ESSA (Every Student Succeeds Act) Just one of the ways is the workforce pipeline.

(Source. Note that ‘students’ appears 4 times in this Congressional justification for HHS funds in 2019)

Then, there’s the Kaiser Family Foundation (as in Kaiser Permanente tied to the Centers for Disease Control and their united efforts with Rockefeller for resilience education) Report which gives their outlook on FY 2019 as far as health care costs (associated with Medicaid) increasing. Part of the reason why? Those expanded and increasing behavioral health care and mental health programs. (Gee, the fact they’re popping up in schools wouldn’t increase the costs as well, would it?)

Then, There’s The Labor:

In 2019, Congress will get to vote on the new NAFTA (North American Free Trade Agreement). It’s been re-branded, too. The new name is USMCA (United States-Mexico-Canada Agreement). NAFTA/USMCA has a Labor Advisory Committee (LAC). In the LAC Report from 2018 the Committee is basically trying to scare Congress into submission, from the way the language reads.

For example, the LAC tells Congress that USMCA COULD negatively impact the US workforce. How? existing NAFTA conditions have already reduced income for non-college workers in trade industries. Those who have graduated college and work in the trade industries are also facing a smaller pay check.

Their research says 2/3 of Americans are non-college graduates. The solution? Everything the LAC suggests. The main suggestions? Prepare the workforce for jobs of the future. There’s also rebuild the economy and modernize infrastructure (code for job training supersedes academics; and data tracking systems)!

Warriors, this has been the  CCSS Machine plan all along. It completely gels with the UN (United Nations) and their SDGs (Sustainable Development Goals).

LAC also reported that the new NAFTA (USMCA) could negatively impact all US public services and our property taxes. Warriors, basically, the USMCA would give more economic teeth to current policies which involve labor.

To access the LAC Report, go here.
If you’d like to read the MSNBC article on the new NAFTA, find that here.
Since part of the globalization of America involves education, healthcare, and labor, you may find the cost of going global is steeper than we realize.

Sure, the UN’s saying via their SDGs that the world will have quality education (ie: one way to learn so you can earn); that all poverty will be gone (ie: we’ll all be the same pay level); and that health care will be superior (ie: we will be micromanaged and controlled), has anyone really looked at what Americans will have to sacrifice to go from total freedom to total control? Has anyone calculated the loss of life to make all this happen? Has there been anyone to say, ‘Hey wait, paychecks matter. I want to feed my family and be independent!’

I did find 2 such articles which counter the spin of the MSNBC article as well as the LAC Report. I think you may find them worthwhile in reading.

Then, read the recent BBC article where surgeons are loosing dexterity to operate. How? The educratic shift!! We’ve often said in our War Vs the Core that we knew this type of situation would occur. It has begun…. 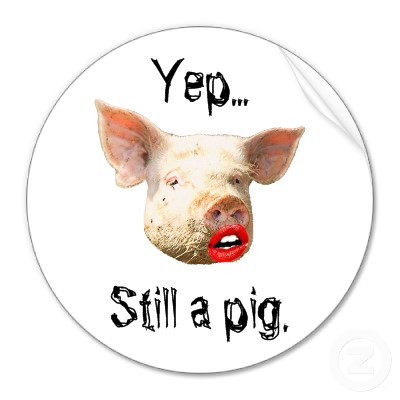 Warriors, 2019 is the “Year of the Pig” according to the Chinese calendar. While it is considered to be a great thing (blessed with a super personality and have great fortune), to me it’s ironic. Why? We have had so much lipstick on a pig CCSS Machine moves to date, it’s amazing we’re not all knee deep in pig poop. To see 2019 contain more of the same? UGH!

Why We Should Watch The Economy:

Warriors, like it or not, the CCSS Machine has lock, stock, and barrel tied education to the economy.  So has Congress. So has the United Nations.

Education tied to the economy makes us easier to data mine and track. Education has become a weapon used against us. Our students from all ages and educational choices are being sacrificed. The cost isn’t simply dollars and cents.

Here are some documents for the global 2019 impacts we face as Americans:
1) The UN World Economic Status (NAFTA is embedded in this), education is embedded 10 times, workforce is woven in 6 different ways. “2019” appears 144 times, and, technology is present 20 times.

2) Much of the educratic CCSS Machine shift in education can be traced to private finances. CCSS Machine member Goldman Sachs (GS)  provides this document for their clients. ‘2019’ is mentioned 8 times (mostly to say they feel a recession could happen, but not likely), there is no mention of education, however. ‘Labor’ is embedded in this report 7 times. The biggest tie to GS and the educratic shift bowing to the economy is the Tax Cuts and Jobs Act. I covered how that impacts education head on in this article.

(Source)
From this June 2018 World Bank Document on Global Economic Prospects, education is embedded 17 different times. All of them tie directly to jobs and economic growth as well as ‘skill attainment’.

4) From the U.S. based “Conference Board, Inc.” a slightly gloomier aspect for jobs in 2019. However, the reason I’m including it here, is the paragraph you see below:
“The new United States-Mexico-Canada Agreement, the successor to the North American Free Trade Agreement, largely keeps provisions governing commerce between the three countries the same. This should come as a relief to businesses in most industries. One notable exception is the auto industry which must not only contend with continued steel tariffs, but also stepped up requirements on worker compensation and the use of components from outside the three countries. With auto sales and employment trends already flat to declining, industry executives must respond to a riskier environment. Upward wage pressure will be further exacerbated by a shortage of blue-collar workers who are seeing their wages rise faster than their white-collar counterparts.” (Source)

In 2019, don’t be surprised if you see an increased amount of attention placed on indigenous languages. The United Nations has declared 2019 as “The Year of Indigenous Languages”. This reaffirms the UN 2016 Indigenous Resolution’s efforts to make sure no one is left out of the shift to adhering to Agenda 2030. (Where you’ll find the SDGs.) That said, you’ll see an increase in Agenda 2030 hype, programming, and everything which connects the UN to us. Oh, and STEM (as a main tool to shift education from academics to workforce based)? Plenty of national, regional, and international events in 2019. All for the ‘next generation of learners’.

Expect more fodder from Congress, too, Warriors. Like this email excerpt from the Chairwoman of the U.S. House’s Education and Workforce Committee, (Foxx):

Her pledge is in full support of the President’s Pledge. Part of that Pledge? An expansion in US government with an entire new Council for Workforce aligned education. IF you care to see the Ed/Workforce hype video, here it is.

Warriors, there will be more to watch for in 2019, but all the things I’ve featured above directly play into the elections of 2018, but it seems no one wants to consider how much these things do.

No matter how red or blue you vote, know that BOTH parties are directly responsible for the educratic nightmare we’re faced with daily. Neither will ‘fix’ it or ‘ditch’ what’s been years in the making. They love the attention, control, and profit too much. 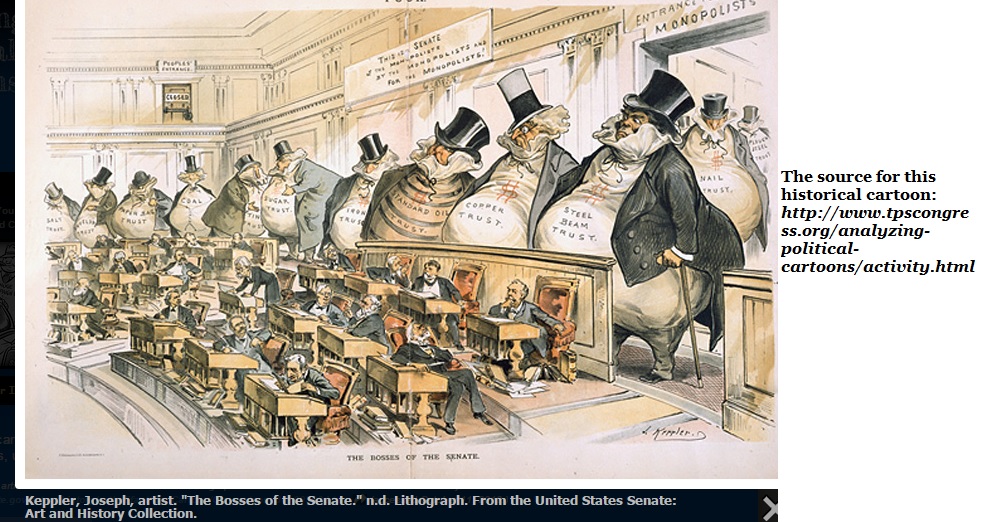