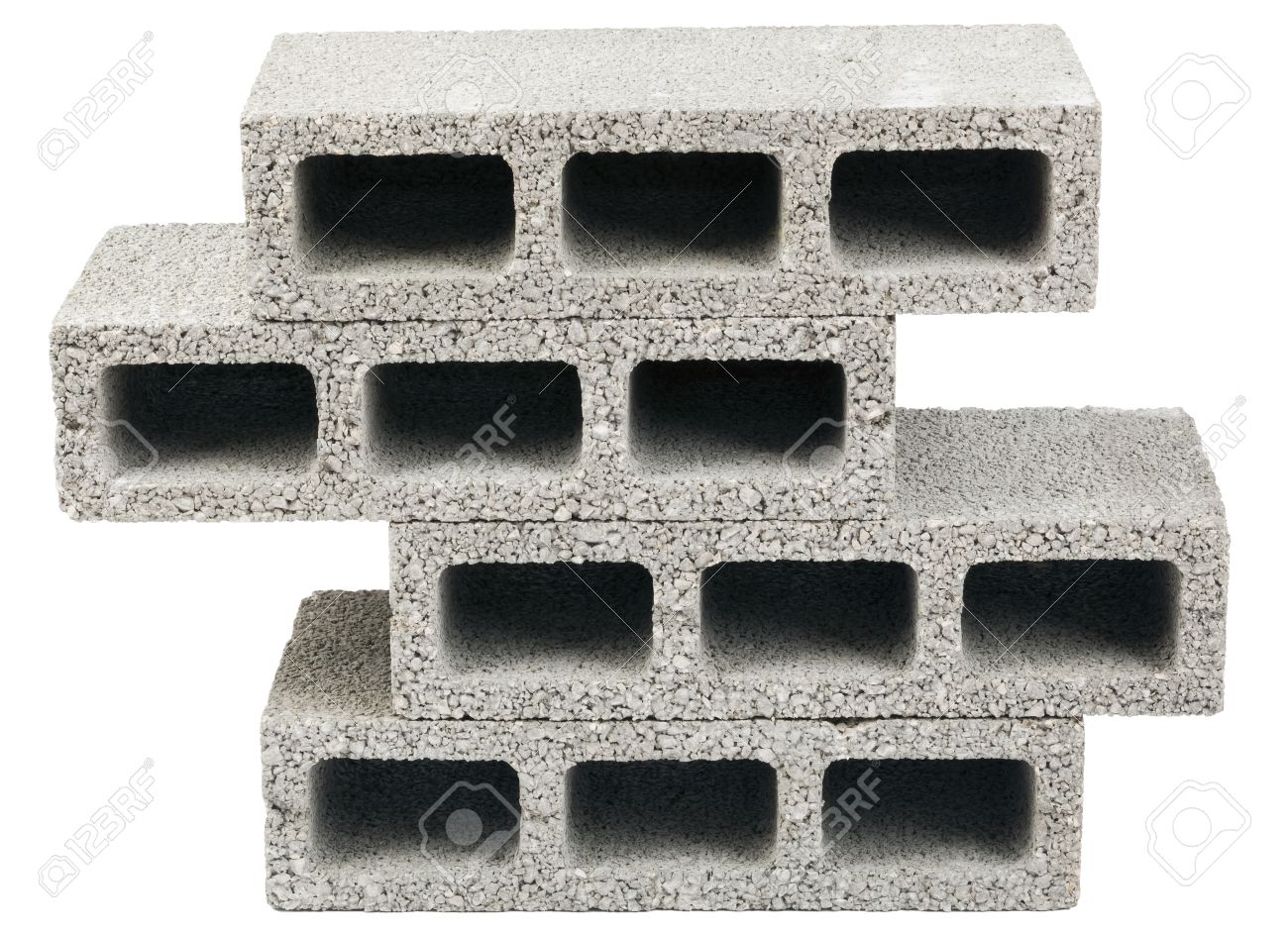 Anti Fed Ed Warriors, if you missed my interview on Sons of Liberty Radio, Wednesday morning. I’ve got the link right here. If you read my last article, I shared that I’d be writing about the USMCA (United States-Mexico-Canada Agreement) in a short series. Oh no, another series, Lynne, can’t you just share the news in one short article?

Warriors, our version of the USMCA is over 600 pages long. The Congressional Bill to implement the USMCA in our nation is 92 pages long, with an accompanying Report of 59 pages. Then, there’s the almost 400 page related document published by the US federal government’s ITC (International Trade Commission).

Warriors, the Congressional Bill (HR 5430) passed both the House and Senate and is on its way to be signed by Pres. Trump into law. President Trump has not signed it due to his attendance at the WEF (World Economic Forum), which by the way, fully supports the USMCA and all it will do to America. 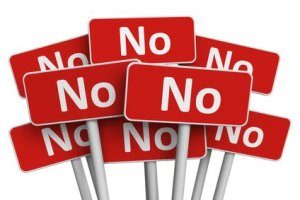 Make no mistake, this Agreement was not EVER to become a law. It was to be totally outside Congress, but go along with existing laws, especially our Constitution.

However, as I previously pointed out in several articles about USMCA (from 2018 to now), the fact of the matter is USMCA or not, the federal overreaches to blend and merge education and labor are UNCONSTITUTIONAL! By the USMCA using education as a tool against us when it comes to jobs created by the Agreement, it’s as treasonous as we’ve seen in a while.

From Nov. 2018, how the U.S. Dept. of Labor bowed (bows) to the United Nations SDGs (Sustainable Development Goals) via USMCA.

From Dec. 2018, how the USMCA could be connected to the U.S. Dept. of Education, the EU (European Union), and apprenticeships.

From March 2019, how the U.S. Dept. of Agriculture, your State’s Dept. of Ag. could be tied to an international dairy group in full support of the USMCA.

From April 2019, in my 3rd article of my Prudence Files series (looking at all the candidates for President, at that time), how the President is in full support of STEM (Science, Technology, Engineering, and, Math), the UN’s SDGs, and counting the USMCA as a ‘victory’ for America.

From May 2019, how the USMCA would impact homeschoolers and all educational choices, regardless of age, especially in the data collection and sharing.

From earlier this month, Jan. 2020, how the USMCA ties to a current House Bill (Computer Science for All) which will mandate that every American be computer literate, especially in ‘coding’.

Warriors, am I alone in warning the nation about how toxic the USMCA is? No, but, I appear to be in the minority when it comes to the overreaches into our education system.

Just last week, one of the radio shows I’ve been a guest on from UT (Kate Dalley Show), produced a special 30 minute show on the dangers to our freedoms, liberties, and status as a nation. I urge you to listen, it’s quite emotional. However, it’s 100% truth!

Also, that same week, the Sons of Liberty published this article about the 10 Senators who ‘said no’ to the USMCA, but not because they are patriotic, it was the fact the USMCA wasn’t stronger in controlling the North American countries. I urge you to read just how much this ‘agreement’ alters what we have known as a free country. 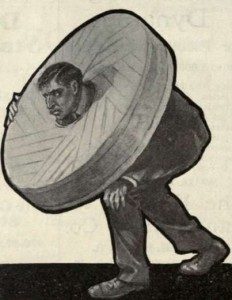 What Else I Can Tell You About The Educratic Crush USMCA Delivers:

Warriors, from the House’s Report on HR 5430, you’ll find ‘education’ mentioned twice. On Page 50, how the US is to send $843 million to Mexico for workforce based education; and, Page 54, you can see how the USMCA will divide funds up for several US federal agencies, including the U.S. Dept. of Education.

Warriors, a note here, the ESSA (Every Student Succeeds Act) mandated region specific education. While we may have been under the assumption that this meant the regions of America the UN has split us into, it means not only that, but the entire scope of the USMCA’s regionalization of the US/Mexico/Canada.

From the HR 5430, heading to the President’s desk, ‘training’ is the word that is used in place of education.
Below, notice the connecting loops we’ve seen our States use under the CCSS Machine. Now, think how USMCA will place our entire nation in this type of ‘hamster wheel’. While you only see K-Higher Education, USMCA is meant for every age citizen. 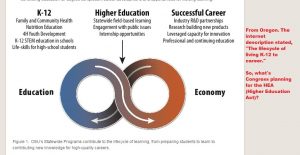 Parallel to NAFTA, and by replacing that with the USMCA, comes the environmental agreement known as NAAEC (North American Agreement on Environmental Cooperation). This agreement was made in 1994, the same year NAFTA was put into effect. Since the UN’s SDGs were laced into the NAAEC, they will not only stand in the USMCA, they’ll increase in control of our environment protections. (So look out for any restructure or expansion of the EPA (Environmental Protection Agency) which is in full support of the UN’s SDGs.

The USMCA pulls in the following Conventions, Treaties, or Protocols, and Agreements from the UN, just on the intellectual property rights we enjoy in America.  The Paris Convention (1883, revised 1967; not to be confused with the Paris Agreement); Berne Convention (1886, revised 1971); The Brussels Convention (1974); The Budapest Convention (1977, revised 1980); Madrid Protocol (1989); Hague Agreement(1999); Declaration on TRIPS and Public Health (2001); the Singapore Treaty (2006), Patent Law and Treaty, and, the WIPO (World Intellectual Property Organization). Warriors, much of the data collected on our students and ourselves falls in this category!

Under Digital Trade in the USMCA, the UNCITRAL of 1996 is embedded. What’s UNCITRAL? The UN’s Commission on International Trade Law. the UNCITRAL is 100% supportive of the at least 9 SDGs, including education and labor!

Warriors, did you know that much of the personal private data collected on our students and ourselves gets turned into what’s called data products? These products wind up not only outside your school districts and our nation, but find their way to the UN, after ‘stopping’ at other locations?

Why is intellectual property such a big deal in the USMCA? According to the document, it drives technological development and innovation to benefit us socially and ‘better’ our economic welfare. Warriors, think about this from and educational aspect. As I’ve proved to you before, ‘innovation’ is the CCSS Machine’s way of hiding the data mining used daily to measure your children, not just at EOG or EOC tests.

The intellectual property rights don’t stop there, my followers. The information will be used to formulate or amend laws and regulations for our health and nutrition. What socio-economic tech development that can be thrown in our public health system will go here.

So where will you find all this type of information? The Office of United States Trade Representative’s website. Now, unlike most of the documents I link you to, USMCA doesn’t download from here in one huge pdf. This website requires that you click on each portion of the over 600 pages you may wish to look. Since the educratic overreaches are sprinkled throughout, I’ve got the page numbers from each of the 34 chapters. I’ll share this information at the close of each article in this series.

Warriors, in the second article, I’ll cover the SDGs in the USMCA by subject, for example: Environment, Gender, and Agriculture. Each of these are totally involved in education.