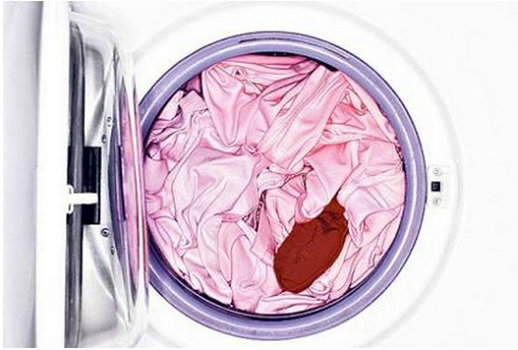 Hello, my Anti Fed Ed/CCSS Warriors! As you know, I’ve dedicated years to researching just how deep the roots to the shift in American education to workforce training are.

Today’s article will give you a rundown which is sure to help your War vs the Core in your State.

Why you need such a rundown of items is simple. The CCSS Machine’s rhetoric will somewhat slow down during the summer months. A perfect opportunity for us to make some moves of our own. No battle is won without specific preparation.

So far, during the current Congressional session, there are PLENTY of ‘dirty’ education/workforce bills in the making. Using the Congress.gov website (where you can easily look up bills), there are 733 Workforce bills for the 2017 session.

Since we know what happens in D.C. travels to each of the 50 States, we know what to look for at our General Assemblies, State Congresses, etc. Much like the proverbial red towel left in the load of white sheets, the goal of the CCSS Machine is simple, make all education ‘pink’ (ie: workforce training, not academic-minded). As we also, know, once dyed pink, sheets do not return to their former color easily, if at all.

Below are only a few of the ‘dirty’ bills:

S268, Investing in Student Success Act of 2017 (Senator Young from IN is the main sponsor).
Sounds not so ‘dirty’ right? I mean who doesn’t want to invest in their child’s post-secondary education?! Ah, but Warriors, the ‘dirt’ is that your student and someone not related to you invests in their education via an ISA (Income Share Agreement).

Some hidden ‘dirt’ for S268 is that this FEDERAL bill goes above any existing State law about investment agreements! Targeted group for S268? Low-income students.

HR1837, The 21st Century Energy Workforce Act (Representative Norcross from NJ is the main sponsor)
This bill points out that energy in the United States is the 3rd largest industry. As such, it needs more skilled workers than other industries.
The ‘hidden dirt’ to this bill? Using community colleges for the uniting of all educational choices for STEM/CTE aligned Common Core workforce educated students. (*Note: STEM is short for Science, Technology, Engineering, and Math; CTE is short for Career Technical Education. Both are tied to Common Core and have been for years.)

The embedded ‘pink’ stain to this bill? The Secretary of Energy will be in charge of grants for creating apprenticeships to carry all this alignment out. This will, of course, involve the U.S. Dept. of Labor, and the U.S. Dept. of Education.
This HR1837, also establishes a National Center for Excellence for the  21st Century Workforce Advisory Board.(see pages 3 and 4)

A Former ‘Stain’ Which Will Not Wash Out:

Our Senate, over the past 2 Congressional sessions, has tried to get a bill to support a National Workforce Board. See below from Sen. Cantwell’s (WA):

During THIS Congressional Session (2017-2018) The Senate’s 21st Century Energy Workforce Act is mainly sponsored by Sen. Heinrich, NM. It is S895.

S895’s title is officially “Energy Workforce for the 21st Century Act of 2017”. This bill specifies an increase in STEM (Science, Technology, Engineering, and Math) especially for low-income students of ALL ages (like the House’s bill, this one will begin in elementary schools and go all the way to the workforce). This bill also specifies WIOA (Workforce Innovation and Opportunity Act’s) definition of ‘education’..just like ESSA did.

S895 will have not only the Secretary of Energy creating education collaborations, but awarding all kinds of incentives to them. 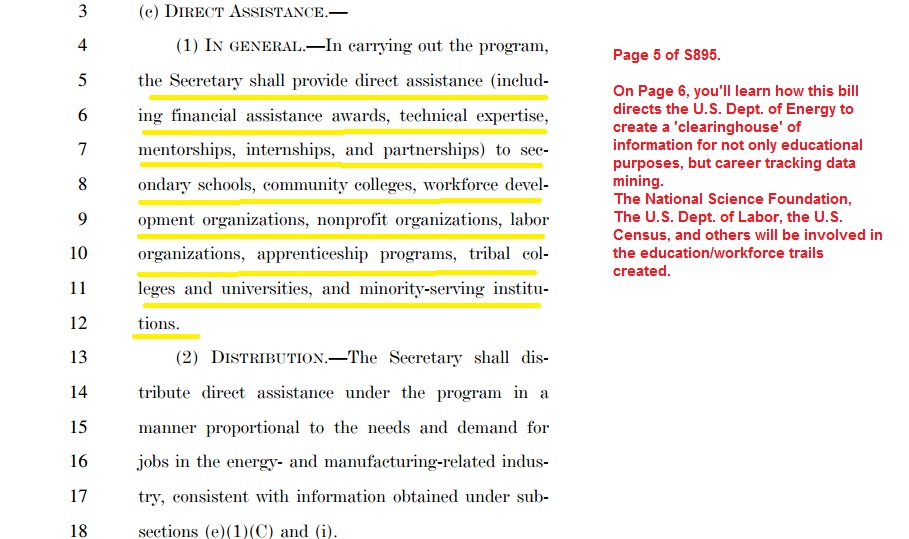 Warriors, if you missed my article from earlier this year about how the major Cabinet agencies all have CTE/STEM plans to streamline education to workforce skills, I urge you to access that information here. It is absolutely key to what we see Congress plotting NOW.

Also, take into consideration that the Federal Budget has millions of taxpayer funds earmarked for job creation. On Page 2 of the 2018 Federal Budget, energy development is at the top of the continued priority list. Education is last. On Page 8, funding/discussion for American jobs is highlighted.

Back in March 2017, when the Blueprint for the Federal Budget was released, I shared with you just how the education/workforce stream of money was being kept alive, in spite of all the noise about reining in the federal overreach into education.
Here is that article. (*Note: be sure to access my special 5 page guide to see just how the Cabinet level agenices are involved. It will help in understanding the Congressional bills we are exposing in this article.)

S1186 is sponsored by several Senators from across the nation. Leading them is Sen. Baldwin from WI. This bill, the Domestic Maritime Centers of Excellence Act of 2017, would have the Secretary of Transportation select existing community colleges (and technical schools) for an increase in educated workforce training. This Secretary’s assistance also includes funding, use of federal resources, AND, create new career pathways!

S628, Educating Tomorrow’s Workforce Act of  2017 is mainly sponsored by Sen. Kaine of VA. While it’s been rumored VA never had Common Core, it’s been researched and proven VA has Common Core’s ‘adult version’ of education, CTE (Career Tech Education). This bill should be an absolute dead ringer for exposing the shift in education. Why? See below: 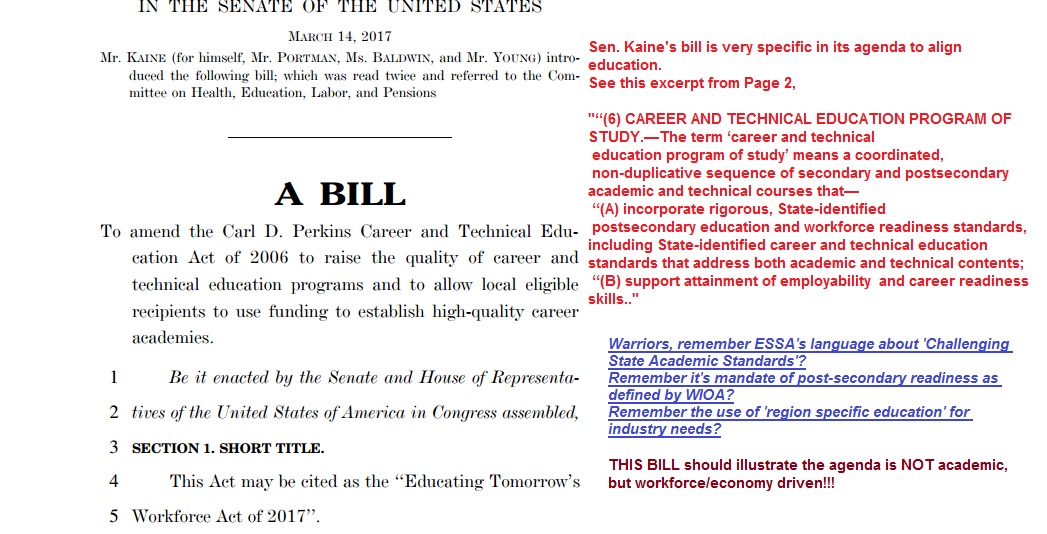 Warriors, as you can see, these are just a few of the over 700 bills Congress has created in the name of job creation, education, workforce skills, and more. The bottom line, however, is 100% alignment to WIOA via ESSA. HEA (Higher Education Act) is also to be included. Career Pathways, STEM, and so much more connects every one of these existing laws and proposed bills. Will every one of these bills survive? No, but even if ONE of them succeeds, look at the agenda it embeds, not only federally, but LOCALLY.
The ‘stain’ of CCSS Machine reform is becoming permanently marked on America.