Why would an Anti Fed Ed Warrior need to be concerned with ‘G.C.’? What is ‘G.C.’?
Warriors, the zippy quick answer is ‘global citizen’. The ‘update’ portion surrounding G.Cs? That’s what this article will look into. Why am I abbreviating ‘global citizen’? To simply fly under the radar of social media censorship. 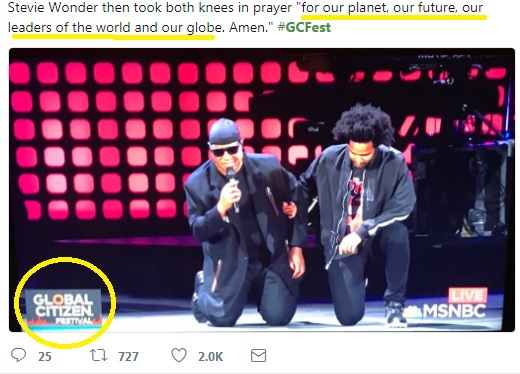 Warriors, we discovered in February 2018, the Global Citizenship (a direct ‘attack’ on every nation’s individuality and culture by the U.N., United Nations) received a boost from the U.S. Congress via legislation to increase America’s involvement in all things global. Before we look at what’s up in March 2018, or being planned in the future, step back with me, into my archives to see the trail of evidence I’ve shared with you. Why would we need this now?

With the States continually being forced into complying with all ESSA (Every Student Succeeds Act) has in mandates, we will see the push for G.C.s increase. Especially among our youngest students, as well, as those ‘outside’ the traditional education choices.

We also learned back in July 2017, that the G20 (Group of 20) was using their related task force, the B20 (Business Group of 20) to align education toward global citizenship. The related festival surrounding the G20 featured many well known celebrities to push how wonderful it is that education is the best way to give us global citizens.

From the Fall of 2017, I showed you the Global Citizen scorecard America has. You also will be able to see which groups want to have your babies become global citizens more than American citizens. 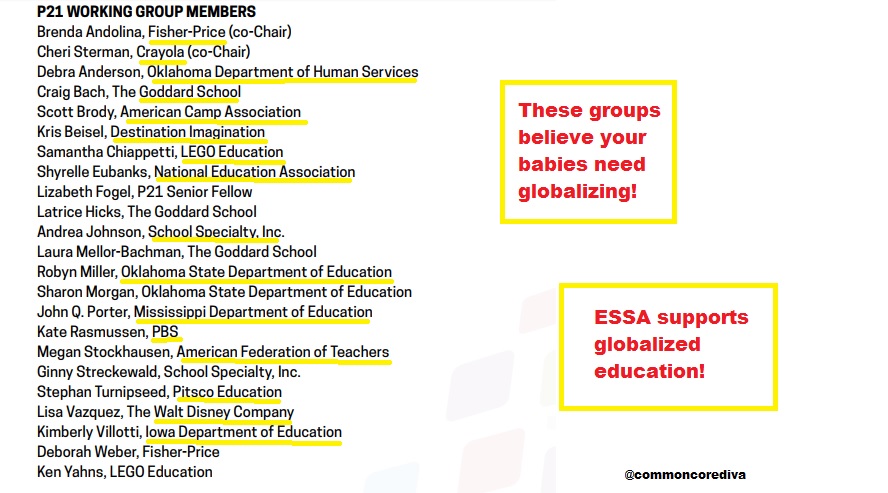 A bit further back from my research (2016), we were able to find out how the U.N.’s Model Clubs are embedded in homeschooling. The intent? To help infiltrate this educational choice with not only U.N. philosophy, but global citizenship tools, as well.

To create G.C.s out of every American, young and old? What better tool to use than the Olympic Games (as well as the Special Olympics). The U.N.’s global agenda is well placed in this fashion.

G.C.s Now And In The Future:

Warriors, if you’ve not heard of the UNA (United Nations Association), then you will not know the United States is a member. The UNA-US office is based in Washington, D.C., but you can find groups all over the separate States. While the UNA is not new, look below at some of what is new:

We’ve known the CCSS Machine link to the U.N. was intentional, but did you know the CC Standards also link to a Matrix called “Global Competency”? From Page vii: 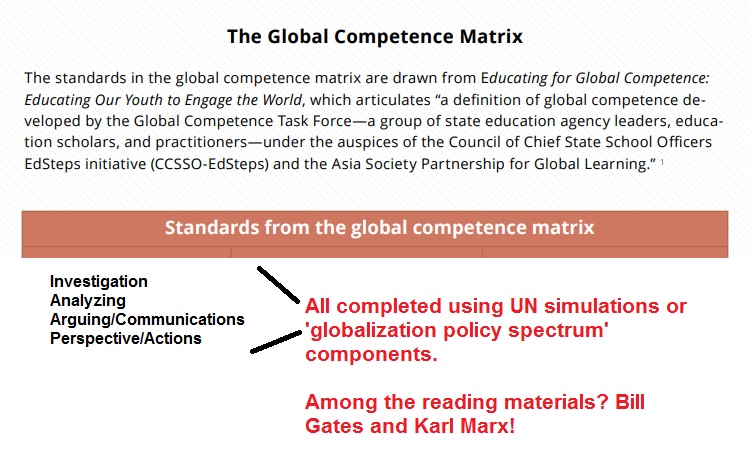 To see the Gates/Marx information:

Warriors, if you are on Twitter, the UNA/US Group has an account. Use the #USAforUN. If you do not use Twitter, use their News and Publications page from the website. Below is the latest global focus in the USA: 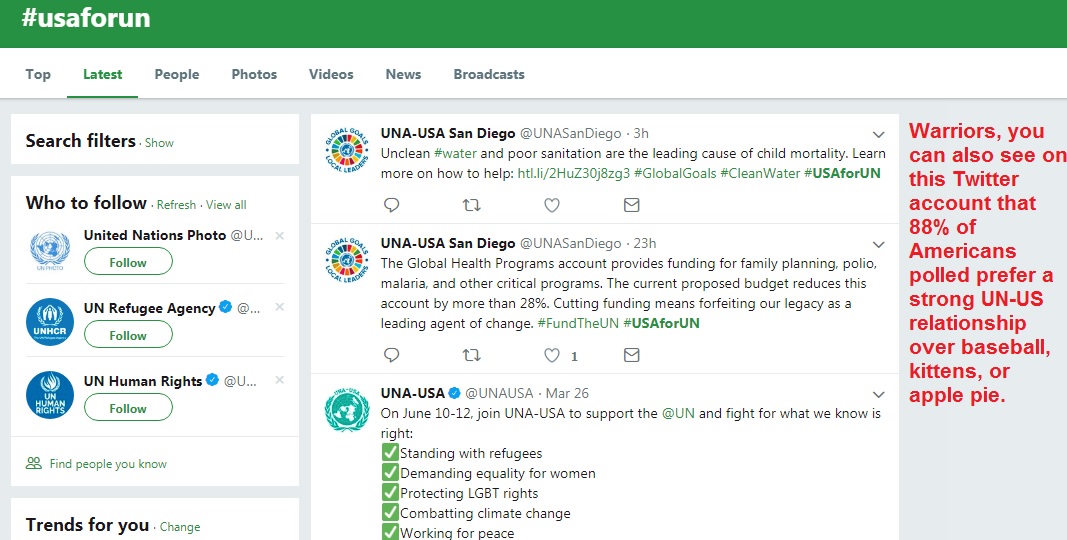 How Did I Find The USA’s UN Association Website?

Warriors, I was able to find the UNA-US website by way of the WFUNA, which stands for World Federation of United Nations Associations. WFUNA wrapped up a winter 2018 Conference back in January. The theme? “Mission Possible: International Agents of Change”. One of the key topics? Quality education for all. My fellow Warriors, education is SDG #4. (SDG is short for Sustainable Development Goal. The entire set of SDGs are UN created and US adhered to.)

From the Global Citizen Forum, comes something truly unnerving, a Global Legal Standard. Set up to equalize people, businesses, and more.

If you are not exactly sure of how Technocracy factors into the CCSS Machine, please read my articles where I’ve connected the truth that the ‘innovations’ via technology mean more than a super fast Internet connection. Above (the highlighted word ‘Technocracy’) has 2 of my articles. The earliest one I wrote was in 2014.) Much of the Technocratic political platform is socialistic in nature. Just think Communism.

You can also find lots of information from a fellow Warrior, Patrick Wood of Technocracy News and Trends.

The G.C. Website (the one to the lower left of the Stevie Wonder picture):

Among the Board of Directors for G.C., you’ll find the Gates Foundation, Forbes, Huffington Post, and, others. The American groups in the CCSS Machine show up here, as they have been showing up for almost everything connected to education. Oh, and G.C.’s stance on education? Educate children to lead others out of poverty.

Warriors, I hope you have been able to glean quite a bit you didn’t know before about the depth to which the CCSS Machine has sunken to indoctrinate all of us.