An ACE In The Hole 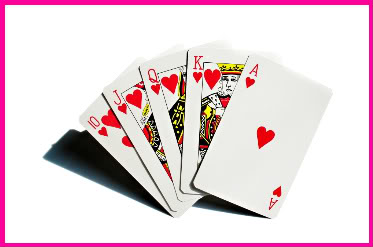 Anti Fed Ed Warriors, we’ve made it to 2020. Whew, we can relax our anti federal opposition to the overreaches in education and simply focus on elections, right?

If anything, we MUST turn up our opposition during campaigns and elections. DC is counting on our continued ignorance of their ‘ace in the hole’ when it comes to handling education. ‘Ace in the hole’ is a poker term for a hidden advantage. So, what IS the ‘ace’ in DC? Money, control, and, manipulation using education as the cards! 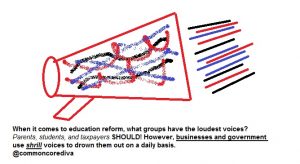 Why will we need to continue our War Vs the Core in 2020? Because Congress is continuing to craft educractic overreaching legislation. Legislation which is in violation of the U.S. Constitution, the Declaration of Independence, and, several federal laws. Their re-entry to their offices in DC will NOT stop this activity in 2020.

Warriors, this Bill is sponsored by Sen. Shaheen (NH) and is co-sponsored by another NH Senator (Hasssan).
The ‘good news’ is the Bill is only 4 pages long. The ‘bad news’? It creates an ACE (Adverse Childhood Experiences) grant program nationwide. The grants will be expressly for response teams in every State.

The ‘ace in the hole’ of S 2720? Creating a nebulous web of P3s (public private partnerships) in mental health for children. The taxpayer cost? At least $10 million per each fiscal year between 2020 and 2023. S 2720 further puts the U.S. Dept. of Health and Human Services in complete authority of these grants and response teams. Below is an image from one of the pages from S 2720.  If you cannot read it, open the image in a new tab on your computer.

Warriors, why would it be of concern about the U.S. Dept. of HHS and our children?
First, the ESSA (Every Student Succeeds Act) gave the largest increase in authority for education related activities to HHS.
Secondly, the HHS has used quasi-scientific ‘research’ from the CDC (Centers for Disease Control) and Kaiser-Permanente’s joint ACE studies, assessments, and, supposed treatments. (*Note: I exposed all of this when I wrote my series of articles on the CDC/KP/Rockefeller documentary about Resilience.)

Warriors, as stated above, Sen. Shaheen and Sen. Hassan are backing S 2720. However, S 2720 has 3 related Bills which will also overreach into our mental health privacy. The other 3 Bills have pretty much the same little group of Congress members (cardholders) backing these as well.

The related Bills are HR 4460 and its twin S 2102 (Turn the Tide Act) sponsored by Rep. Kuster of NH, co-sponsor is Rep. Pappas, also of NH/Sen. Shaheen sponsor, Sen. Hassan and Sen. Van Hollen (MD) were co-sponsors.
These twins are in at least 5 different committees and subcommittees as of this writing.

Turn the Tide will impact mental and behavioral health programs using U.S. Treasury funding; create regional centers of excellence across the nation; beef up surveillance of us as citizens; and, open gray areas for education to be easily assimilated into the whole system. We can expect at least $4 million in taxpayer funds for the Excellence Centers and about $10 million per fiscal year for everything else.

ACERT will also amend the 1968 Omnibus Bill and use the exact figures of S 2120 to set up training for ACE Respond Teams.

Are you seeing a theme here, my followers? Why are the officials from NH so ‘invested’ in your mental health? Is the fact MD and FL playing along, important? These questions are key to understanding the hidden agenda the ACEs are holding over our nation.
Also, we must ask why a 1968 law set up for criminals, is being amended to impact education at every age level, and community wide?

So, what’s the pattern? Big Insurance, Big Pharma, and several CCSS Machine members groups are backing each of these Congressional members. The fact that the most is centered in NH is not a moot point. According to a 2017 SAMHSA (Substance Abuse and Mental Health Services Admin, part of the US Dept of HHS) Report,
NH, along with the Northeast, has the large deck of cards in the ACE game. It’s not to be swept under the table that NH also has the largest percentage on non-profit and private profit groups in charge of mental and behavioral health facilities.
Thanks to ESSA’s mandate for a change in Title One funding for mental and behavioral health to be under the authority of the school, it’s an easy stretch to see how these newer Bills help this system set-up along. Don’t forget, Warriors, part of the pay-off is surveillance of We the People to more stringent levels than ever before.

Related:
1) From April 2019, my extensive look at the Congressional Caucuses for Mental Health as it relates to education and our children.
2) How ‘in home visits’ legislation ties to the overreaches in education.
3) How every age American citizen is being streamlined for SEL (social emotional learning).
4) To access all the sources I used to trace the money trails of each Congressional member, search your internet provider for Open Secrets, Center for Public Integrity, Vote Smart, and, if you have a membership, Nation Builder.
Use the phrase ‘campaign donations’. Look for all contributors, not simply PACs. You can search for each of the Congress members mentioned in this article by last name and/or State.
5) To access the NH information (or any information connected to your State) from the SAMHSA Report embedded above, use control F on your computer and type in your desired word to quickly search the document for you. For example, when I typed in “New Hampshire” I got 45 markers showing where in the Report I should go.
6) Investopedia’s article on which major groups are the biggest lobbyists in DC will also help you see the under the table-like connections between these Congress members and these ACE Bills.
7) If you’d like to see the Kaiser-Permanente job description for their government contact, be sure to read this. Is it any wonder the KP agenda is coming through to We the People?
8) From NH, their Dept of HHS’s proof that they are using the agenda-driven CDC/Kaiser Permanente ACE tools.

Warriors, some of the Congressional members are up for re-election in 2020. I think you know what to do.
With ties to groups like these, we don’t need their aces in the hole game, especially when their hands are against our freedoms. Let any candidate know that the accepted belief that ACEs can be ‘fixed’ by education, labor, or, better pay is simply way off base. To eliminate ACEs for all children, is truly impossible.