It Isn’t All Sunshine And Nuts 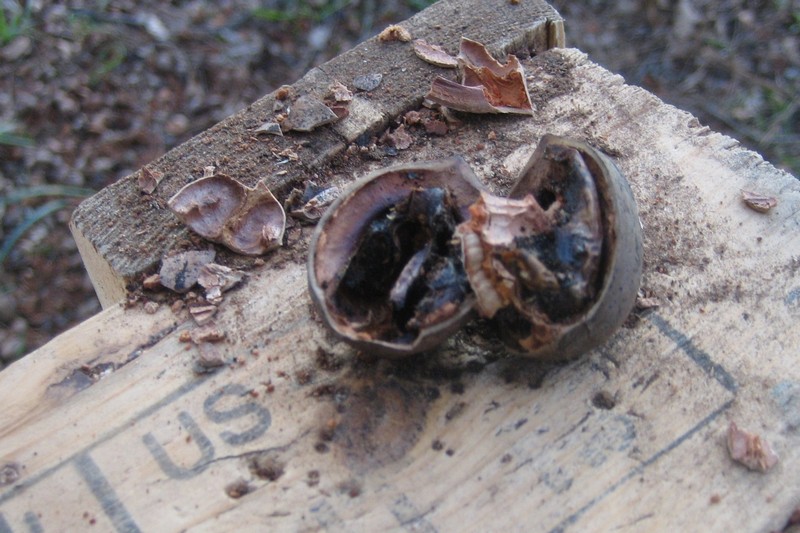 Anti Fed Ed Warriors, in my last article, I shared with you how HR 62 would make a grab for our babies from a federal level. Included in that article was how MN is struggling to keep parents in control of their families.

The article before that,  I  showed you how FEPA (Foundations for Evidence-based Policy Making Act) would also assist in the grab for our babies, I showed you how OR was considering in-home visits. Also included was how UT has them firmly in place.

In both articles I stressed that the grab for babies/the in-home visits is not exclusive to one State. It’s in all the States and US territories ESSA (Every Student Succeeds Act) money goes to. If it hasn’t shown up in your State yet, hang on, it is in the works.

GA is struggling with recent news. So are KS and CT.

***For the remainder of this article, I share information sent to me concerning some other warning bells from the latest 3. Be sure to compare it to the information from OR, UT, and MN.

While the tactics may differ a bit, the overall goal of aligning babies to the CCSS Machine is the same. The CCSS Machine pushes ‘readiness’ at all levels, now, since ESSA, and the mandate to expand early childhood ‘learning’, as well as universal PreK, this is why we’re seeing SO much in the news. 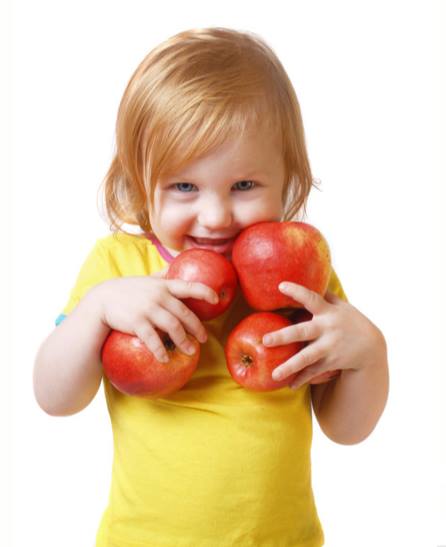 First Up, KS, The Sunflower State:

Warriors, Lisa H., shared this with me via email and wanted you to know about their ABC Program. No, it’s not for teaching little ones their alphabet. It’s called the Attachment Bio-Behavioral Catch-up Program.

Lisa shared that the group behind this Program (the United Methodist Health Ministry Fund) was on last year’s legislative calendar and appeared before the KS Education Committee. They are scheduled to appear before the KS Education Committee again this yearn for a follow up. The email went on to share that SAMHSA (Substance Abuse and Mental Health Services Agency, a part of the US Dept. of HHS), as well as others are fully backing removing ACEs (Adverse Childhood Experiences).

So is the CCSS Machine, Warriors, only it’s not for school readiness as much as it is micro-managing citizens. I wrote about this push headed up by the Rockefellers and being embraced by churches, law enforcement, etc. in my Resilience articles. )

What are Lisa’s concerns? Swabbing children’s mouths for cortisol levels and recording the entire in-home session with the parents and children.

While some may read this and think, “Oh, that’s not too bad.” The reason this ministry is able to intrude like this is due to the expansion of P3s (public-private partnerships) in ESSA for education! The in-home visits are part of ESSA’s supposed dedication to student achievement and family engagement. 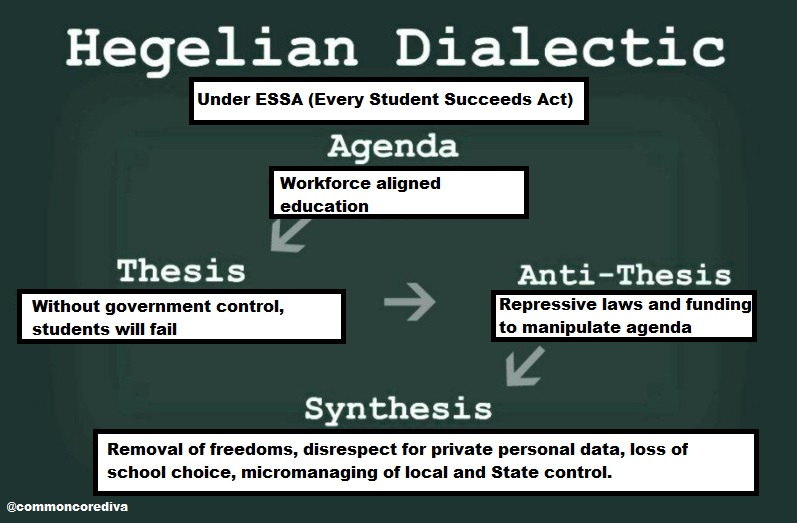 What it REALLY is, is home invasion by the government. Take into consideration that our U.S. Constitution was supposed to prohibit such (4th Amendment), but with FEPA actively neutering 9 U.S. Constitutional Amendments, the 4th is severely at risk. FEPA also will tie to HIPAA (Health Insurance Portability and Accountability Act of 1996). Which, as we know, is used in health care.

Related for KS and other States:
The United Methodist Health Ministry was awarded $650,000.00 by the Kansas Early Childhood Initiative (part of the Kansas Health Foundation) under “access to care”. The Grant was given in 2017 and ends in 2020. The ‘access’ is the ABC Program. The Kansas Health Foundation is a massive P3 and was created as the result of the Hospital Corporation of America purchasing the non-profit Wesley Hospital.

Hospital Corporation of America can be found in 20 States and the United Kingdom. From their latest Annual Report (2017), this quote, “Within our markets, we worked to broaden our service line capabilities by investing in cancer, trauma, stroke, behavioral health and pediatric services. This focus centers on elevating clinical performance and
establishing consistent clinical protocols to achieve better patient outcomes across the
organization.” HCA receives Medicare/aid funding from the federal government, as well as private investors on the Stock Exchange. On page 15, you’ll see how HCA has psychiatrics listed as a way to compete in health care. Page 42 admits the use of third party data contractors to handle patient data. Page 46 gives the list of  the 20 States and the United Kingdom information.

Also joining with the United Methodist Health Ministry is the Kansas  Children’s Service League (KCSL). It’s a part of the National Prevent Child Abuse America. The KCSL is all about collaboration. As in the ‘village’ concept as shared by this Kansas educratic leader. 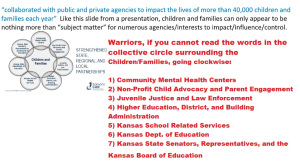 Kansas has embedded (2015)  a State Wide Initiative called “Kansans Can”. A vital part of the KC Initiative? The “Kansas Can: School Redesign Project”. Warriors, as we know that’s 100% U.S. Dept. of Ed fodder. 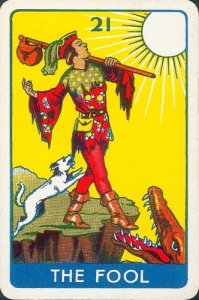 Warriors, you may know Georgia is personally, very dear to me. That said, the grab for babies is just as bad in the Peach State as it is in the Sunflower State.

Recently, it was announced that the PreK Development Grant the State received would go to DECAL. DECAL (Dept. of Early Care and Learning) will be“Using grant funds, DECAL will conduct a statewide ECCE needs assessment; develop a statewide strategic plan to strengthen the state’s ECCE system; create resources to inform families about available programs and services; develop groups and opportunities for early childhood educators to share best practices; and create supports for the state’s dual language learners and their families.” (*Note: ECCE is short for Early Childhood Care and Education.)

Under DECAL, the early learning program is called “Bright From the Start”. Warriors, look at the ‘peach packed agenda’ below:

Also, recently in GA , and via Senate Bill 15, the push to expand ‘school safety’ (another ESSA mandate) into private schools. In GA, that also includes homeschoolers. Warriors, as you’ve known, I’ve been warning for years that the federal overreaches in ESSA would assimilate these families.
This will increase, not only the intrusion into family homes, but also set up more data mining and control by Homeland Security Agencies. 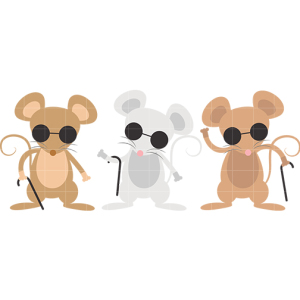 Warriors, one of my Anti Fed Ed Warriors,  Anne M. in CT, recently posted a picture about the United Way of CT’s grab for babies and their Moms.

Here’s a screen shot of the United Way in Anne’s community.

Also tied to the (National Inoperability Collective) NIC, is David Wilkinson. Wilkinson, according to his LinkedIN profile as a Director of the White House Office of Social Innovation (under Pres. Obama). You can also tie Wilkinson to the Ounce of Prevention Fund. Back in 2016, I shared with you the OPF’s grab at children via ESSA.

The 2018 NIC Symposium notes and speakers can be located here. The NIC announcement about the Symposium is where you’ll see the ‘wheel house’.

For All The States:

United Way is tied to Google and the United Nations, so, of course, ‘cradle to career’ is the alignment. United Way is partners with the CCSS Machine in many other ways and groups as well.

From 2016, United Way, President Obama’s Promise Neighborhoods (which was a codified mandate in ESSA), U.S. Dept. of Housing and Urban Development and “Youth Build”. Also from that year, United Way and those ‘wrap around services’.

From 2017, United Way and STEM (Science, Technology, Engineering, and Math) for cradle to career coding.

If you would like to see the United Way’s influence on the current NC State Superintendent,  read this from the election season of 2016. Collectivism was/is the name of the game.

Warriors, the cradle to career, then grave will keep being seen in the news as the ESSA mandates continue to ursurp the Tenth Amendment. In my next article, we’ll look at the federal misguidance on ‘school choice’ and the 116th’s bill to support the deception.