Author’s Note: I feel I must warn you, this post will involve spiritual material. If you are a follower of Christ, this may be uncomfortable. If you are not following Christ, this information is, in no way, judgmental. Christians or not: we all have children we love. We all enjoy freedom and liberty.

I present all this as evidence of how Common Core Standards are NOT about your child’s education or their aspirations of what they want out of life.

Anti Fed Ed Warriors, recently I wrote an article about the radical upheavals in education (where those leaders behind Occupy Wall Street could be tied to not only the Opt Out ‘school choice’ movement, but Antifa, the ucoming Siege on DC, and, more).

Their one common denominator, if you will: The United Nations and the SDGs (Sustainable Development Goals).
Also tied to the UN’s SDGs, and in the ‘radical’ article, gaia worship and Satanism using STEM (Science, Technology, Engineering, and, Math). As we know STEM (aka: STREAM and STEAM) is a tool to transform ALL of America (and every education outlet) to conform to global citizens.

Warriors, if you missed how all this ties together, the interview I gave on the topic via Sons of Liberty on 8/13/2020 is well worth listening to.

As a result of that interview, one ardent (intense) listener asked me about the satanic nature behind the United Nations (Alice Bailey, Lucis Trust, and, Rober Mueller’s beliefs are the platforms the UN has embraced and actively implements, or seeks to do so).

“Patriot” as he’s named has followed my research for years, so he knew the 2014 article I linked directly above showed the trail of evil. His 2020 questions were based on this: is there a connection to the current Administration and the trail of evil down to Noahide Laws. If there’s a connection, does the US Constitution and legal system supercede Noahide? Or is it vice-versa? He also asked if the UN’s broad adoption of Noahide Laws renders the U.S. Constitution ineffective in 2020 and beyond.
“Patriot” then asked me, how We the People can expose all this and seek recourse. 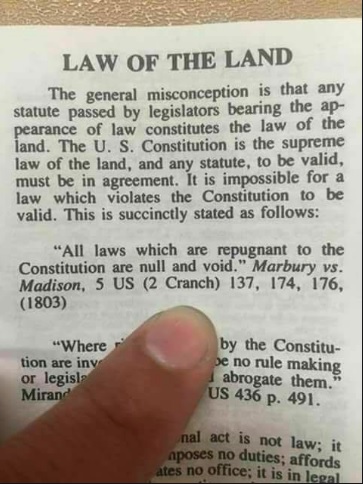 Warriors, his questions have helped me uncover some items we need to know. If we’re to take back education and remove the politicial globalization of it, we need to see the trap that’s been set! The broad adoption of Noahide Law by the UN has been rendering the U.S. Constitution ineffective for some time now.

****For the remainder of this article, I will do my upmost to answer Patriot’s questions and show you, the Warriors Vs the Core, how education is caught up in this all. Remember, this educational grasp is meant for all ages, all educational backgrounds, and, all educational pursuits.**** Which Law Leads Us?

Warriors, we KNOW the U.S. Constitution is supposed to be our ‘supreme’ framework, as far as superiority in our legal system. We KNOW the Declaration of Independence, likewise, is among those superior documents for all of America. There are several other freedom protecting laws and framework documents we KNOW and should have no problem relying on. Like it or not, all these documents were based on the Christian principles of freedom with responsible limits. As such, our government was to be limited in their power to protect our rights.

However, our very own federal government has a long track record, ESPECIALLY in education, of totally rendering ALL superior legal framework/documents ‘void’. This has been going on so long, at least 2 generations of Americans have no problem following the pattern the Swamp has put into place. Because politics has so illegally inserted itself into education, we must understand the government’s PURPOSEFUL shift to betray America, first, before we can see how THAT move has ruined education for US, ALL.

(image source and supporting information; added emphasis is mine)

How  and when did the U.S. Government also adopt the Noahide* laws (on the left/darker words)?
According to the Rebbe.org website, the very first US National Education Day Proclamation was back when Jimmy Carter was President (95th Congress was in Session)!

So, Warriors, don’t lose sight of the fact that about 1 year after this Proclamation, Pres. Carter signed into existence the U.S. Dept. of Education!
That’s when national educational control (aka: educratic) was first introduced!

By contrast, I typed in ‘Bible’, over 183 results, but NO Joint Resolutions turned into Public Laws in connection to education can be found. President Reagan did proclaim 1983 the Year of the Bible.
In that Proclamation, education was included, yet has been excluded largely everywhere else ever since. Especially in Congress!

So, why has 1991’s Public Law 102-14 signed by (then) President George H.W. Bush been the one most publicized and brought out in studies? Because this version stated a type of global morality. Global morality has been totally embraced by the United Nations and can be found in modern day Sustainable Development Goals.

Warriors, don’t lose sight the Pres. Bush (#1) was also a huge fan of the New World Order and the UN’s capability to bring ‘justice’ with it.

The ‘global morality’ however, wasn’t based on the Christian principles which had served the nation well, but rather, the Talmud’s version of Noahide laws which in short, made alternative sexual lifestyles (including pedophilia) OK, abortion OK, and a host of other ideologies we’re seeing our education system (public, private, home, hybrid, charter, adult, and, preK) totally embrace.

(*There are 2 versions of Noahide law, Warriors; the one from the Babylonian Talmud is based on corrupt Pharisee jugdements which haven’t been around since creation, as claimed. The other version was found in the Dead Sea Scrolls and are what we know as the first 7 Commandments of the Ten Commandments. As you know, under the present government system we have, the Ten Commandments are seen as offensive.)

Read the 1991 version of the Noahide Law.
Read the 2020 Proclamation continuing American government’s open support for Noahide laws and practices.

Warriors, we need to know that because of the open embracing of Communism via our government, it’s no wonder the overreaches into education have gone the way they have. It’s no mistake that President Trump fully supports a workforce based education system. Trump’s present plan is to continue this shift away from academics beyond 2020.
It’s no mistake that former VP Biden fully supported a workforce based education system or will continue to support beyond this upcoming election.

So what’s an Anti Fed Ed Warrior to do? Elect NO Candidate who supports open communism. There are over 1,000 Presidential Candidates. Many are open about socialism, however, there are some very qualified Constitutionally minded candidates who recognize corruption in DC is killing our nation. If we seek to take education BACK and provide our children with solid academics and morals/ethics which honor our FAMILY’s personal choices, we must point out the systematic abuse our government is dishing out upon this nation!

Resources For Your Education To Combat This:

Warriors, since this is SUCH a deep and interconnected topic, I’ve used several resources to help me understand it’s my hope that you, the Anti Fed Ed Warriors, can also use this information to combat the global morality which is making a mockery of America. We DON’T have to accept this, inside education or outside it!

1) My article tracing the UN in education to Satanism and the New World Order (the Noahide laws adopted by the UN also play into anti-God worship).

2) The video series by Dr. Stephen Pidgeon. Each of the nine segments are short and easy to understand. The Dr. is very well versed in showing you the deception of the UN’s use of Noahide, especially under Public Law 102-14.
*IT’S IMPORTANT TO YOUR UNDERSTANDING TO LEARN FROM THESE BEFORE GOING TO OTHER RESOURCES!
THE DECEPTION WILL BE EASIER TO SEE WHEN YOU DO THIS IN ORDER.*

3) The UNESCO document showing the adoption of Noahide Laws to rule all people, globally.

4) The Institute of Noahide Code (Founded by Rebbe Schneerson) has no issue stating “One People, One World”.

5) From “If Americans Knew”, the hidden messages behind the Education Days begun and supported to this day, by Presidents Carter-Trump.