Anti Fed Ed Warriors, it’s the last day of November 2020. While so much political distraction is going on, I wondered if the grasp of the CCSS Machine has loosened up. Are, We the People, finally going to see the tyrannical government get OUT of education?

I realize for those who voted the two party (myopic) system, you may be under the impression that your guy is well on his way to righting all that’s wrong in education. However, NEITHER will totally remove the federal government from education! How do I know? Research and evidence.
From 2019, you’ll find former VP Biden’s tyranny, here (look for bullet #3). From earlier this year, Trump’s tyranny is reported, here. 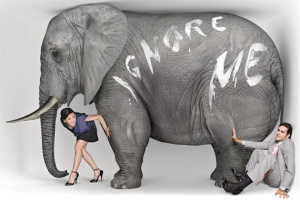 So, why even have an article today? Because we need to know that while so many are still distracted by the dog/pony show in DC, that the tyranny from both Congress AND the U.S. Dept. of Education (in the Trump Administration’s era) has continued right on. In fact, the federal government has INCREASED the tyranny!

Warriors, it was treasonous enough, in 2018, when we witnessed both Sec. DeVos and the President sign documents to purposefully unite education and labor (jobs) via G20 Agreements. I reported on this and showed you how this was unconstitutional.

Now, in 2020, while the election distraction rages on, the virtual gathering of the G20, increases the union of education/labor. Something BOTH Biden and Trump fully support! Warriors, this won’t simply impact learning and jobs, this will also change our economy. How? The digitization of ALL our money! We’ve known for quite some time that the shift from academics to workforce prep was more about the money than knowledge. It’s through the G20 and other international gatherings that we’re seeing the true tyrants running the world step forward. The SIBs (Social Impact Bonds) that our dear fellow researcher/Warrior, Alison has been exposing and warning us about are a huge factor in tying the digital funds to jobs and education. In her article, linked here, you’ll see names like Cohen, Rockefeller, the WEF (World Economic Forum), and WHO (World Health Organization). Another dear fellow researcher/Warrior, Carol, has been warning and exposing the financial ruin Americans are seeing. She was inspired by Alison’s article to look further into Cohen (huge philanthropist). She discovered he’s connected to not only Rockefeller, but Prince Charles (UK), and, Donald Trump (via his Foundation). From all these links, you’ll also see the Omidyar organization and the Rothschild Bank. (Rothschild is the Bank which baled Pres. Trump out when he was a businessman.)

Of the many topics agreed to during the G20  2020 meeting, education was all the way down the list at #26. COVID and financial activities were the most important. For that matter, jobs were more important than education. If you look further into the Labor Agreement from the virtual meeting, you’ll see that not only are jobs and learning joined at the hip, but behavior is added in. Think of it as those ‘soft skills’ like thinking, values, attitudes, and beliefs. The soft skills and the ‘hard’ skills (physical labor/competency) have to align for compliant citizens. 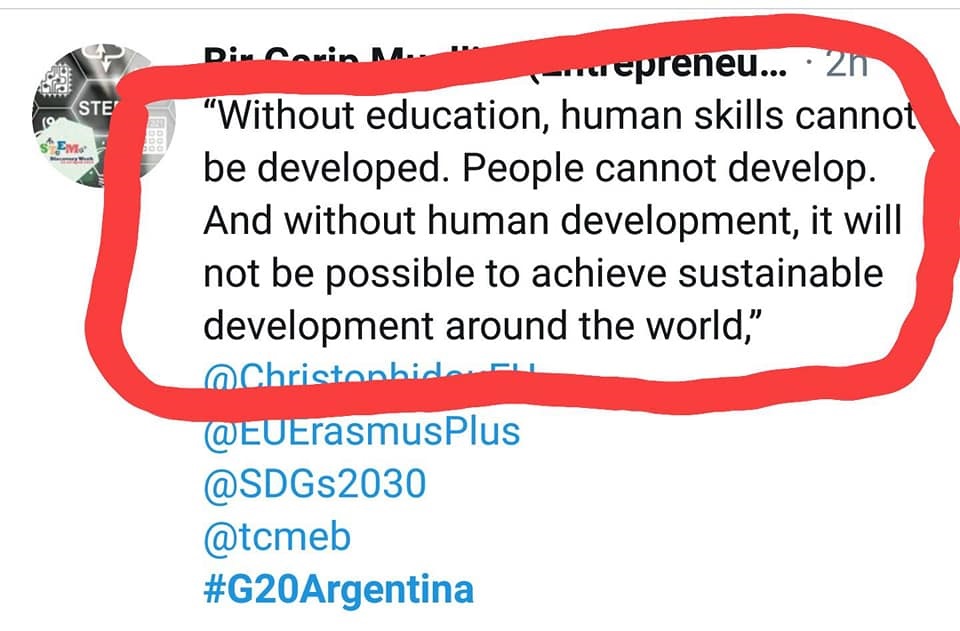 Other items included in the most recent G20 Agreements that also impact education? P3s (public private partnerships), the Addis Ababa Action Agreement , and, Universal Health Care. (*Note: the link I’ve provided for Universal Health Care also involves and Agreement recently signed by the Trump Administration which was spun by MSM as the ‘anti abortion agreement’. I urge you to listen to the interview.)

Warriors, part of the G20 is the B20 (Business Group of 20). America’s a part of this and during the recent November post-election virtual meetings, the B20, once again, threw education and labor into the same pot of tyranny. This is the direct tie to the Addis Ababa Action Agreement. The link above, which I provided is from 2017 and details this angle of shifting education from learning to earning. 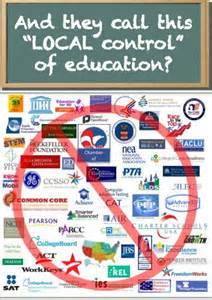 Just days after the Nov 2020 election, Sec. DeVos hosted a Rethink Workforce Based Education event. Warriors, if you care to watch the entire presentation, it’s just over 1 hour. Basically, the message was all about aligning jobs and education because there are so many jobs available and not enough skilled workers. Here’s the readout press release, if you wish to save time. Warriors, as an ‘added bonus’, here’s the Nov. 2020 White House proclamation for workforce apprenticeships. This further proves this Administration is just like the Obama one. It was Pres. Obama who hand picked VP Biden to be a workforce/apprenticeship lackey.

Also, from mid November, DeVos and the Dept. of Education, happily announced millions of taxpayer dollars (aka: federal funds) for the President’s STEM (Science, Technology, Engineering, and, Math) agenda. Warriors, as you know, from my previous research, STEM is a ruse to do nothing BUT create a workforce of controlled minions for a global economy tied to the UN’s SDGs (Sustainable Development Goals).

If you missed the CTE (Career Tech Ed) news (disguised as Federal Work Study) from the U.S. Dept. of Education, October 2020, you missed that more money would be thrown at an educratic experiment for ‘learning to become earning’. 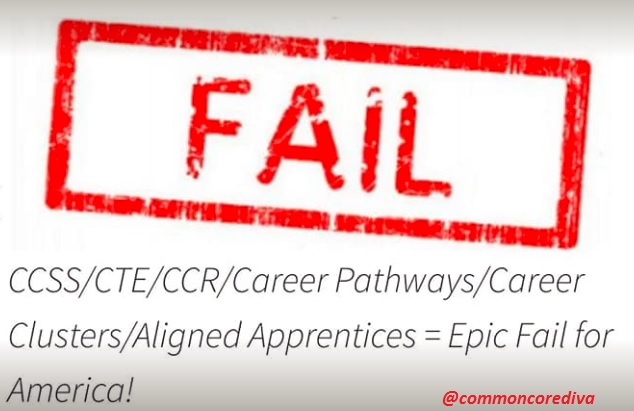 Warriors, as you can see, since the Presidential election, the CCSS Machine hasn’t wasted time sitting around waiting to see who will live in the White House. Neither ‘leader’ will honor the U.S. Constitution OR any of the federal laws prohibiting overreaches in education as LONG AS WE SIT AROUND WAITING. If you missed my latest interview where the REAL agenda from the UN, via the US, is to have adults just as aligned as your child(ren).