Author’s note: While much of the information in this article is centered toward education, the topic ties directly to some of the refugees present in America. While history proves America has long been a land where citizens from other nations have been welcomed, we are seeing a dire situation building. For many years, we’ve been witness to how the separation of church and state must be preserved. So, why are there so many churches receiving federal funds as contractors when it comes to refugees? Why is THIS type of alignment allowed, but all others denied?
My thanks to all the brave Warriors who have shared their evidence below.

Anti Fed Ed Warriors, recently I published an article about the Houston mom who was disturbed by what she was finding in her church’s private school. Since then,  the response has been heavy with MORE evidence.
ICYMI: How the Lutheran Church has joined the Catholics in selling out to the CCSS Machine and can be also tied to the United Nations’ push for global workforce based education. *Note: Embedded in this article are several of my other researched pieces exposing the Christian accrediting bodies as well as the CCSS aligned assessments.

Present Information and Past Evidence:

My Warrior friend, Jill in MO responded to my “Big City, Private Education” article. Jill  is an expert when it comes to the issues surrounding the immigrants, their resettlement, and education.
Here’s what she shared, “I went incognito to UN Refugee Resettlement meetings earlier this year. Catholic Charities, Lutheran Social Services, Baptist Home, Jewish Vocational Services were all listed as ‘volunteer agencies’ to run illegal immigrants. Maggie’s information confirms what I had suspected!”

Warriors, if you were not aware, the US has been a part of the UN’s official refugee resettlement program for a while. In fact the UN (United Nations) established the UNHCR (United Nations High Commissioner on Refugees) in 1951. Find out more about MO’s connection to this. 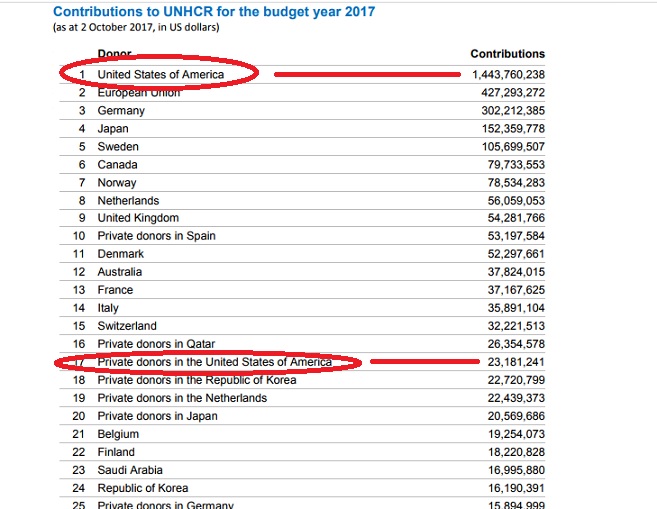 According to the UNHCR’s Partnership page, the efforts to beef up strong partnerships between the UN and NGOs (non government organizations) have increased in recent years.

Be sure to check out this 2017 Social Impact Framework from the UN. You’ll find some pretty important information, including how education is considered an urgent and on-going need and how the IKEA Foundation is a key player in all this.

Warriors, consider how the increased presence of the UN in American education is tied directly to the SDGs (Sustainable Development Goals). These Goals are global, they are a purposed shift for education to become workforce based, not academic based.

Add to that the After School Satan Clubs are using STEM and STEAM in their education programs!

Warriors, why are so many Christian churches and their schools using the SAME educational resources?! Do they not know the demonic foundations of the UN?

Going off  Jill’s lead from above, I was able to find the MO Official Resettlement document. It’s from 2015 and is 54 pages. Access it, here.
What’s sticking out from this document is ‘school’ is mentioned once on page 2. Here’s the excerpt, “The Department contracts with state,
public or private agencies to offer medical screening services and Refugee School
Impact, Refugee Social Services, and other Discretionary programs.”

Add to that, that “Education” is mentioned 3 times in this document. Pages 13, 41, and 51.
Page 13’s reference is concerning health care education from MO’s Dept. of Health local employees; Page 41’s reference to education concerns Title 6 of the Civil Rights Act of 1964 and Title 9 of the 1972 amendments to ESEA (Elementary and Secondary Education Act). Warriors, we know that ESSA (Every Student Succeeds Act) replaced ESEA in 2015. Lastly, on page 51, ‘education’ is included in a long list of the string of fed funds. It’s directly addressing that smoking is prohibited, but if you’ve never seen how interconnected fed and state funds are, this is a great example. See below: 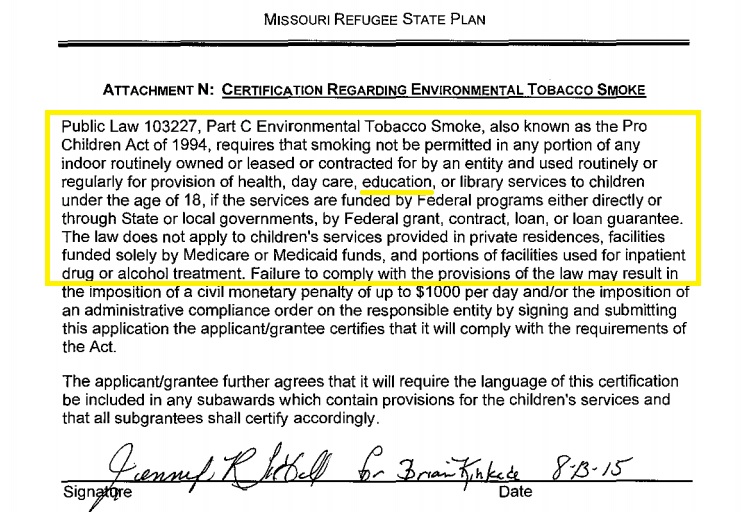 From a researcher in KS, “A number of years ago, I was flabbergasted to learn that all but one of the LCMS (Lutheran Church MO Synod) parochial schools in Kansas was following the Common Core paradigm through its state accreditation.  I began researching, and going up the chain to Kansas District and the head of education at the synod offices in St. Louis, MO.” My fellow researcher continues, “All my research also led me to finding relationships and agreements (specifically involving those at the highest levels of LCMS) with the federal government in relation to immigration (lirs.org) and housing (HUD).”

This researcher shared with me the numerous attempts to meet with Pastors, church leaders, the church school principal, and, the church school’s board with not only her facts, but proof, only to be discounted and talked down to. Let’s see what other information KS passed on, “The day school for our church, under the leadership of the principal hired in the last two years, has brought in AdvancED.  I am fully aware from your research, as well as mine, the international, globalist, common core behemoth this organization is.  Just like in the public arena, the leaders of our church use the same talking points of “we can choose our own curriculum,” “we are doing ‘higher’ standards than the CC ones,” etc.  The school was just visited by an AdvancED accreditation team.  A summary of the visit included:  “Accreditation is…An international protocol for institutions committed to systemic, systematic, and sustainable improvement.” and direction to “Develop and implement a written plan that provides support services for the emotional and counseling needs of the student population.”  Welcome, SEL (Social Emotional Learning).  My heart weeps.” If this isn’t bad enough, look at what else was shared, “The school is also striving to be National Lutheran School Accredited (NLSA).  I researched this accreditation, finding among other things (the same ‘ole common lingo) that every time public/government education went through a major evolution/re-write, NLSA did as well, adopting the same paradigms as the government re-do.  When I asked the gentleman with synod why they were leading and directing the parochial schools of the church to state accreditation paradigms, he stated, “Many public universities will not allow high school students to enroll from a school that is not accredited by one of the large secular accrediting agencies.  We have entered into relationships with AdvancED, Middle States and WASC (Western Assoc. of Schools and Colleges) because they serve geographic regions of our country where our high schools are located.”  How very anti-republic, pro-socialist this is; governing through regionalism.  No local control and representation.” One of the last things shared by this researcher is the church-driven quest to receive more federal funds in the name of neighborhood change.

Lisa from AZ, responded to my “Big City, Private Education” article, with what you see below: 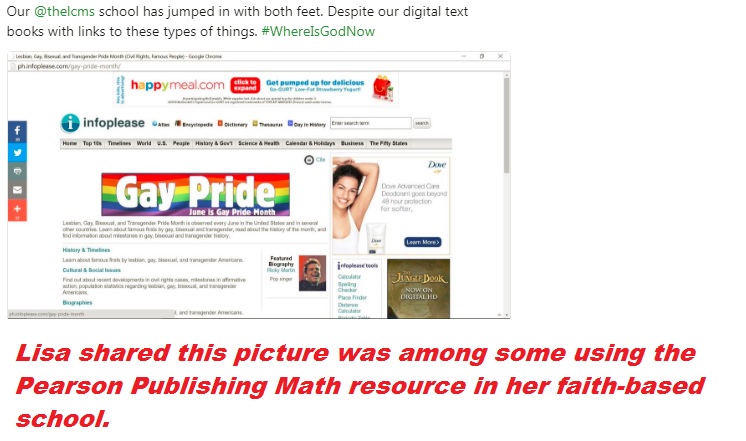 Not being exactly sure where Lisa lives in AZ, I did find a Phoenix Lutheran School where Pearson is used. When I clicked on the link to learn more, I was greeted with a ‘log-in’ screen.

Partnerships for the Advancement of New Americans (PANA), ‘To promote the fair treatment and equitable inclusion of refugee communities using organizing to achieve collective impact and policy change.’  I wasn’t able to find what, if any connections to denominational schools. However, knowing the use of the words ‘collective’ and ‘policy change’, this should be a group to learn more about.

Back in 2015, several faith-based groups sent their letter of immigration support to former President Obama. See below: 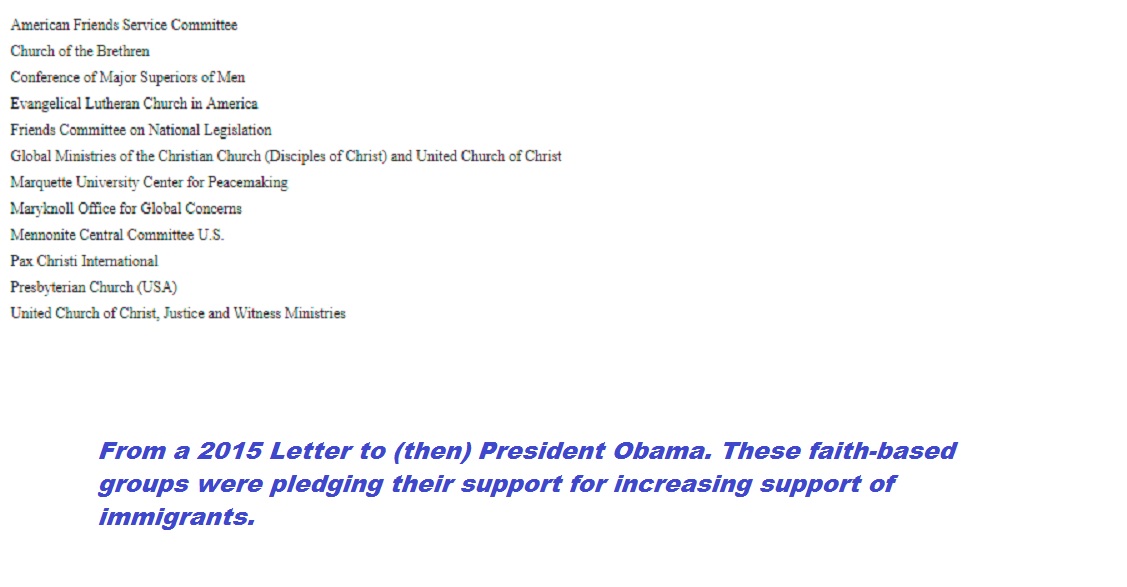 Source where you’ll be able to see the letter more clearly.

An Evangelical Lutheran Immigrant Crisis Statement to the U.S. Senate. Note the connection to the UNHCR. You’ll find ‘education’ in the footnotes.

The Latter Day Saints Charities website also ties them to the UNHCR. I was able to find education in ELL (English Language Learning) among the ‘community projects’. Warriors, ELL funding and mandates are included in ESSA.

A pair of Breibart News articles from my fellow blogger’s files will show you much more related to all of this information.

Bell in MN, was able to back up what Maggie and Jill have shared. Bell, also adds, that much of the involvement of church based schools is disguised via mentorship and tutor programs. She goes on to state that while many of these mission type outreaches are seen as good, many are being deceived as to the roots back to social justice as driven by the UN. If you’ll remember, Warriors, I shared with you how MN was one of the first (if not THE first) State to align their education plans to the UN.

Additional information:
Look at this resource from the Center for Immigration Studies.
The New Americans Campaign is another resource you may find as a connection between globally led aligned education and church based private schools.
This essay from Public Seminar, the refugee resettlement is a huge public-private, church-state setup. Warriors, ESSA is full of funding streams available to P3s (public private partnerships) as well as a huge increase in their power where it comes to education.

From NC, a reader asks a very pointed question, my full response can be found in the comments to “Big City, Private Education”, I urge you to go see ALL the evidence I provided this reader.

From 2015, OK Mom, Bobbie’s story about Common Core in a faith based private school.

From a few days ago: 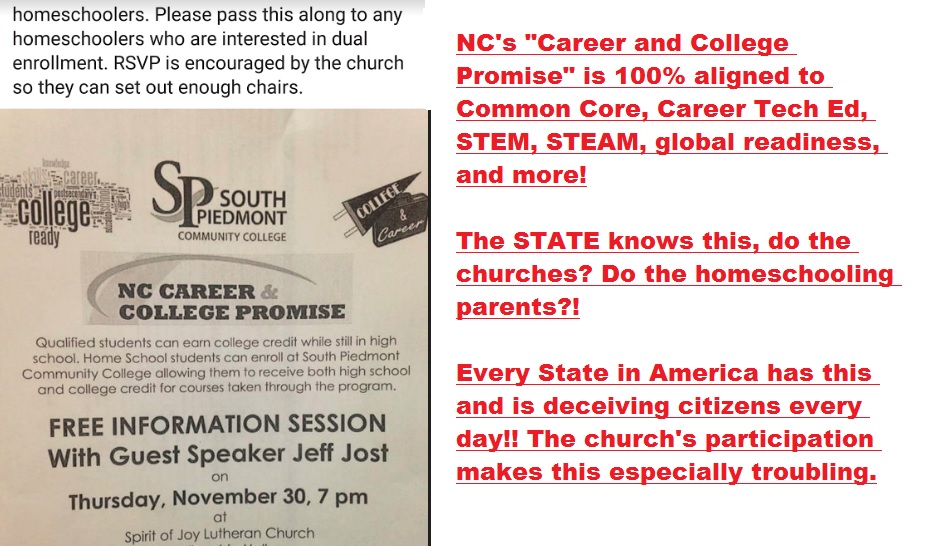 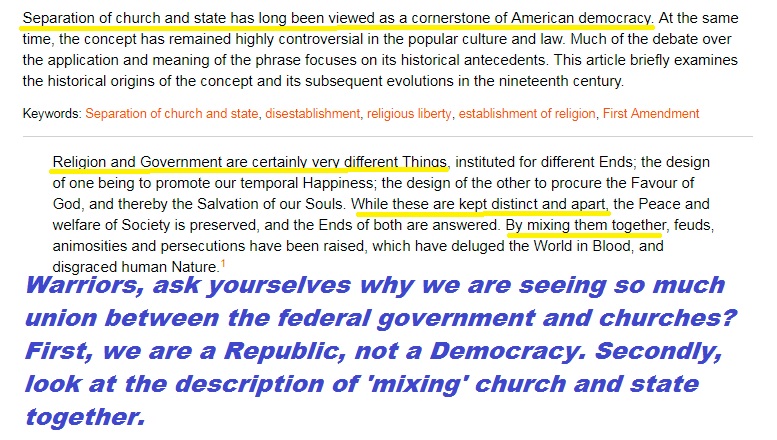 Warriors, as I’ve stated before, we will NOT see a quality education which is American based as long as we are tied in ANY way to the United Nations. To have our faith based private schools join in the fray all the while claiming it in Jesus’ name is nothing short of shameful. Willfully accepting federal funds automatically ties you to the CCSS Machine.
Unknowingly accepting federal funds or State funds is not acceptable. When it comes to schools, regardless of choice, KNOW THY FUNDING.

Having all this evidence to prove the UN’s back door entry into our churches should be on everyone’s radar. To see this back-door to private education, should be called to attention! ESSA’s mandates state ALL education must be aligned to workforce ready standards. No school choice is safe, that should be 100% visible now. 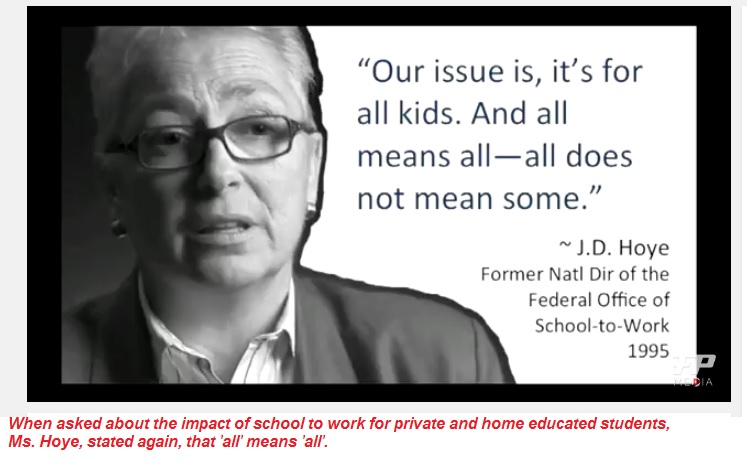