To My Anti Fed Ed Warriors, how many times have we been able to trace all the modern education reform back to entities NOT within our US shores? Each and every day, as time passes, we see bolder and bolder moves by our leaders (from federal to state levels) become more globally aligned than American-minded.

Oh sure; these leaders swear allegiance to our US Flag every day; they took oaths upon entering offices to uphold the Constitution: to protect American citizens.

If you’ve followed my blog for a long time, you’ve read how incensed I have become over the more-than-visible actions of UN-led motives, agendas, and ideals these VERY same leaders are supporting.

Warriors, WHAT are OUR leaders doing to us? Why are WE not enraged? We must ask ourselves: why are we being passive about this?!

We elected  these leaders (unless appointed) to represent us..not the world! Certainly not the US as filtered by the UN’s mandates.

Sitting On The Hill:

Warriors, sitting in Congress as I write (and you read) this, is a bill from OUR leaders in the name of ‘education’. Now, in my mind, I have this question running through my thoughts:

What in the name of ‘education’ is Congress setting our schools up for?! 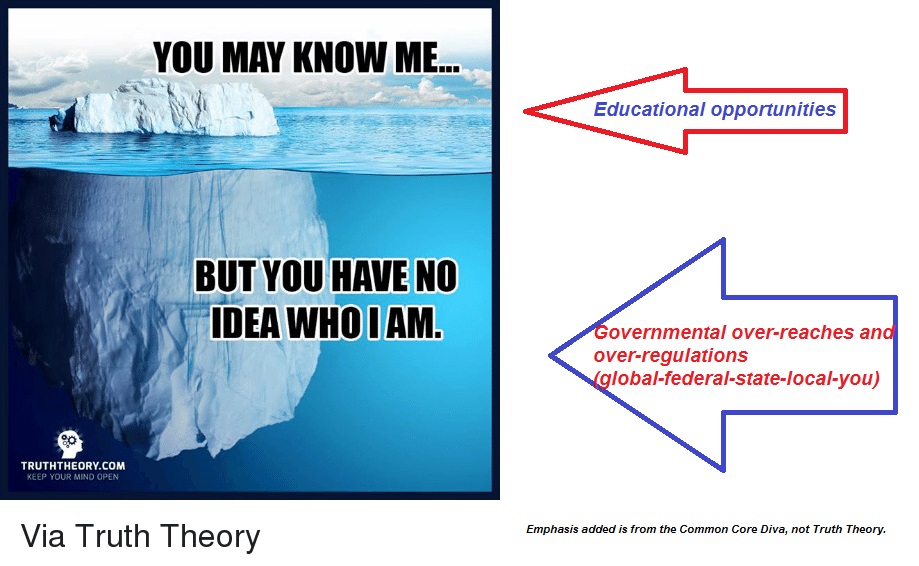 This globally encompassing Congressional bill is S 1171 and is titled “Keeping Girls in School Act”.
Sponsoring this? Sen. Sheehan from NH.
It was introduced back in May 2017 and is in the Committee for Foreign Affairs at the moment.
(*Note: one of the UN-inspired tactics in education is ‘lifelong learning’. So, with a title like this bill, does it literally mean our females will ALWAYS be in some type of school?)

****Let me pause here, Warriors.
As you know, on my blog and from other researcher/writers, we’ve been able to tie the CCSS Machine to the UN, the U.S. State Dept., the Office of Reform and Government Oversight, the U.S. Treasury, the U.S. Dept. of Ed’s International Education Office, and other departments which interact with other nations.

In Feb. 2017, I wrote about the House’s Resolution to adhere and uplift UNESCO’s “International Mother Language” Day.
****

Warriors, what obvious questions do you have after seeing this? I know what mine are.

S 1171 has SO much overreach, it’s truly egregiously criminal.
1) Creates even more discrimination in education; not lessening it.

3) Uses a portion of the human population to justify all of #1 and 2.

4) Shows the nation that it’s more important to honor global agreements and partnerships than correcting American education problems which address 100% of the  citizens.

5) Ignores the vast amount of research by Americans FOR Americans proving how we are under-serving young men.

6) Is clearly using the UN/UNESCO SDG (Sustainable Development Goals) #5 and any related to #5. (SDG #5 is “Achieve Gender Equality and Empower all women and girls”)

7) If you couldn’t read the three overreaches in the screen shot:
a) Expands the U.S. federal government’s power in education ( a $35 million dollar annual fund).
b) Puts the U.S. State Dept. at the head position for education’s innovation.
c) Relies on UNESCO studies and reports, not American studies and research.

*To read the 80 Page State Dept.’s Empowerment Plan, find it here. While I couldn’t find a publication date, the opening endorsements are from then-President Obama and the former First Lady.

*To learn more about the SDG #5 and how it’s impacting the US now, visit this website.

Q) How do STEM And STEAM connect to S 1171?
A) One of the biggest programs begun, by the Obamas, “Let Girls Learn” is rooted in STEM/STEAM. (see below)
A) The SDG Tool Kit  (education-for-sd-tool-kit-fully-highlighted-1 )
created by a University of TN professor clearly stated that to make the Goals successful, the female population had to be empowered in the name of education and economic gain.

Warriors, this isn’t really about ’empowerment’, it’s more like exploitation. (Because after all, if we get girls out of the house and into the workplace, more money is made for everyone.)

Warriors, let me state for the record that I am not ‘anti-people’. I AM ‘anti big government’.
Men AND women are both essential to our lives.

I’m also old enough to have lived through the ERA (Equal Rights Amendment) upheaval. I’ve worked in jobs side by side with male peers and seen them earn more. I UNDERSTAND how important some of the issues surrounding girls education are.

But, as a Mom to both sexes, I cannot see how one gender is more worthy (or exploitable) than the other.

It appears Congress isn’t thinking like parents in S 1171.

We have ENOUGH angst in our nation NOW. S 1171 has the potential to add fuel to this angst. How?

When you exalt one gender, the other gender is automatically seen as ‘less than’. Does Congress really want to further this type of treatment to Americans?

Here’s another fact, with all the citizens who are not associating  with the 2 genders, where will those students land with a bill like S 1171?

No government, especially ‘the land of the free and the home of the brave’ should be tipping the scales when it comes to male/female education.

Our government isn’t even supposed to ‘BE’ in education AT ALL!
For argument’s sake, pretend the US Congress DID have a place in education, shouldn’t it be 100% American? Shouldn’t education be for girls AND boys? Wouldn’t THAT be true equality?

Warriors, I truly fail to see where the globalism; the use of P3s (especially with Gates Foundation money), and more discrimination, how Congress thinks S 1171 will help American students be the best they are meant to be.

I do see S 1171 furthering the road to ruin for our nation at the expense of our children.
Warriors, I hope you see this distinction, too.

From our Eastern shores to our Western shores in the US, along with our territories: We MUST stand up and protect our children.