Tech Thursday: Part Two of the HEA, STEM, the Workforce, and America

Last we were ‘together’, anti CCSS Warriors, I was sharing with you how the Higher Education Act (of 1965) is set for a re-authorization sometime very soon. We were able to connect the dots between the purposed alignment between the pre-K to 12th grade and post-secondary levels of education. In the last article, you saw how the current members in the U.S. House of Representatives have put together many bills related to re-vamping higher education. As I closed Tuesday’s article I promised you we’d look at the S1398 (Senate’s version of the “America Competes” Act), how we would tie it to not only STEM (Science, Technology, Engineering, and, Math), but to CTE (Career and Technical Education)as well. CTE is the ‘adult version’ of the pre-K through 12th grade CCSS. (I’ve shared with you repeatedly exactly how this is documented.)

Today’s article will prove to be a distinct eye-opener. So much so, I’m even shaking my head in just how interconnected the American reform is proving to be. Warriors, we’ve known the real agenda behind the education reform is the trained workforce. We’ve seen how the 2014 passage of the WIOA (Workforce Innovation and Opportunity Act) has embedded CTE (written in via one of its other names, Career Pathways) and is woven into the legislation at least 21 times, per a high ranking U.S. Dept. of Labor spokesman.

In the event you haven’t had the opportunity to read Tuesday’s article, or you’d like both of these articles together:
https://www.commoncorediva.com/2015/07/28/ftf-update-for-stem-workforce-and-the-hea-part-one/
Part One gave you vital information as to just HOW the WIOA and HEA are united via the CCSS Machine. A machine which includes those in public office as well in private business.

So just what is “America Competes”? It’s designed to involve America’s energy competitiveness in the global scheme, the ‘need’ for 21st Century technology (which includes energy efficiency, climate control, and other related activities here in America) AND education that’s aligned with Pre-K through 12th grade CCS Standards. As we know, CCSS can also mean ‘college and career ready standards’, ‘essential standards’, ‘career pathways’, ‘career clusters’, and on and on the names go.
(*Note: While I’ve not studied any of the ‘AC’ legislative bills in-depth, it does appear that the U.S. Dept. of Energy, along with the NSF {National Science Foundation; another federal level government entity}, get to influence the U.S. Dept. of Education in HOW to align courses, scholarships, etc. to fit all of the above into “America Competes”!  How will this be BEST accomplished? STEM and its related programs. This will include the STEaM, Common Core, Next Generation Science and MORE!)

All this “American competitiveness” is to be completed in the name of scientific research.

As I shared on Tuesday, both the Democrats and the Republicans of the Senate like this bill. (The House has 2 versions, one which the sitting Republicans like, one the sitting Democrats like)
Here are some facts about S1398, you, the anti CCSS Warrior need the most:
a) the sponsor of the bill? Sen. Lamar Alexander (as is one of the chief people in rewriting the ESEA, and the HEA)
b) it was introduced in May 2015
c) it has many co-sponsors from both main political parties, every one of whom voted ‘yes’ to the ‘Every Child Achieves’ Act, also headed up by Sen. Alexander (Sen. Murray was also heading up the ECAA ‘charge’)
d) it is classified as an ‘energy’ bill, not an ‘education’ bill
e) while much shorter than its counter part bills in the House, it does involve ‘talent expansion’ programs, lots of taxpayer money, certain data NOT being made available to the public, “National Laboratories”, public-private partnerships being encouraged and incentive driven, removing duplicate authority in the “Science Enhancement Education” realm within the U.S. Dept. of Energy (question is, who gets to the be ONE authority?), protecting the PACE graduate program, giving ‘early career awards’, rewarding schools which drive up the attendance and graduation rates, and merit pay based peer reviews. (Does any of this sound anything remotely like what we’ve seen the primary and secondary educational reform? Of course it does! It’s MORE CCSS Machine rhetoric) While much shorter at the moment, remember the bill could grow by leaps and bounds when all is said and done.

The U.S. Dept. of Energy’s Angle for Higher Education:
Before we get too far into just HOW aligned to CCSS/STEM/CTE the Dept. of Energy is, see this screen shot:

It appears, from what I can find, that the U.S. Dept. of Energy is really throwing its educational influence towards the Workforce in the “Smart Grid” sector. One such example comes from the MS Gulf Coast Community College. See: Mississippi-Gulf-Coast-CC-Workforce-Development-Electric-Power-Sector
Now, if you’ve followed my blog for very long, you know how I’ve given you proof of how the community colleges across the nation have aligned themselves to the CCSS Machine. From the CCSS derived ‘Adult Standards’ to the CTE courses, hybrid classes (meaning on-line and in-person), and, beyond.

Below, is another example of the Workforce ‘chunks’ your student (or maybe even yourself) can find as an educational choice.

To access the entire Energy/Workforce document,
US_Smart_Grid_Revolution_Smart_Grid_Workforce_Trends_Brochu
What you’ll find is more about the energy stance, the economy, or other items than you ever will about the academic nature of the student achieving a “Smart Grid” workforce degree. Why? Because, as we’ve seen time and time again, in all things related to the CCSS Machine, academics as we’ve known them, take a backseat to service. As you might notice, the above gives you a birds-eye view of how the U.S. Dept. of Energy has been able to influence the Workforce angle of education.

The White House Chimes In:

One of the co-chairs to CoSTEM is from the NSF (National Science Foundation). I’ve given you plenty of evidence how the NSF has been party to aligning our education, but a great reminder as to HOW is found below.
Members of federal level offices working together to see that STEM/CCS/CTE/Workforce survive and thrive?

The NSF and the CCSS Machine, ‘Bedded Partners’ for any Education Level:

I truly hope you’ve been able to see my point in sharing what I have to complete the look at just how toxic the revamping of any educational choice is when put through the CCSS Machine’s cycle for America. If you’ve not, I’ll try to summarize below.
1) Any educational re-authorization currently on the table which impacts pre-K through grad school is seemingly under one man’s domain: Sen. Lamar Alexander.
2) The public-private partnership which makes up the CCSS Machine is impacting education from a birth to grave aspect. This will include not only our pre-K through grad school choices, but also our entire communities. Is this really what’s best for America?
3) That by ensuring every federal law possible that can influence an alignment to the Workforce agenda can happen, we see our human lives are less considered than the economy. How did I arrive at this point? Simple, look at the CCSS Machine agenda, it’s more about economy than personality.
4) Finally, by allowing a CCSS/CTE aligned Higher Education bill to pass, we see the cement ‘bridge’ completed from the earliest of American lives to the oldest completed.

As far as I’m concerned, it’s not a cement bridge, but, a cement block. The CCSS Machine wants you to envision a bridge to cross over when in reality it’s a cement block tied to your ankle to drag you down…and remember..it’s all in the name of ‘education’. 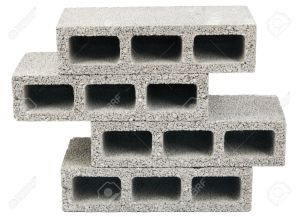